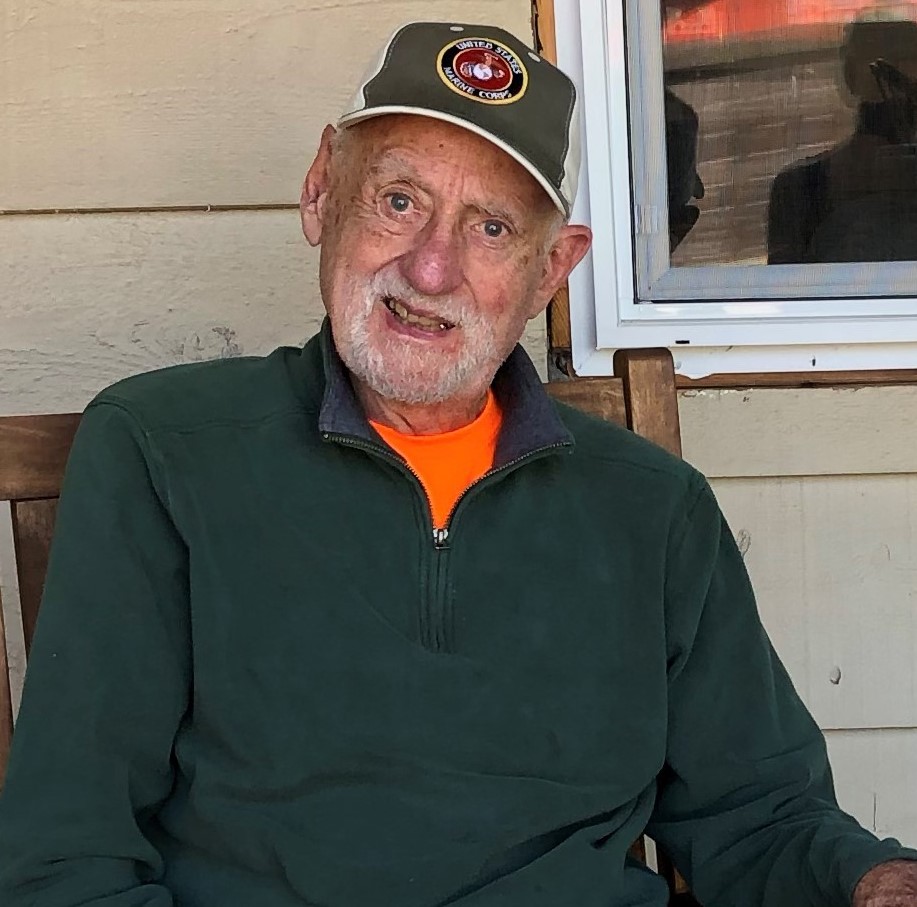 Roger Slater passed away at home from natural causes on October 14, 2021 at 90 years of age.

In what he referred as a great “impulsive” act of his life, he joined the Marine Corps.  When the Korean war ended, he was honorably discharged, accepted into medical school and graduated from the University of Illinois in 1958.

While originally planning to be a family practitioner, he was ultimately offered a residency in the neurosurgical program at U.C.L.A. and Long Beach Veteran’s Administration Hospital.  He served a clerkship at the Neurology Institute at Queen’s Square in London from 1966-1967. He frequently attributed his successes to the outstanding combined neurosurgical mentorship of William (Bill) Porter MD and John Douglas French MD.

Roger was a respected neurosurgeon in the Long Beach and surrounding areas in a successful medical practice anchored by Long Beach Memorial Medical Center where he was elected to serve as Chief of Staff.  He was frequently recognized as a pioneer in his field leading what became acknowledged as a ground-breaking advancement in surgical practice with the early development of stereotactic robot assisted radiosurgery techniques.  He was a natural leader and was committed to advancing his profession through active participation in the Western Neurosurgical Society and American College of Neurological Surgeons.

In 1984, Roger made a major life change by accepting an invitation to become the first neurosurgeon on the Island of Maui.  His legacy at Maui Memorial Medical Center includes many community activities, especially the pursuit of a lifelong passion to support the nursing profession with the establishment of the Maui Nurses Scholarship Foundation.  In Maui Roger met and married Karen Lee Slater.  They had many years of happiness together playing tennis, hosting community events, building homes and travelling to favorite locations around the world.

Karen and Roger moved to Poulsbo in the late 1990’s to be closer to their children and grandchildren.  They built another home together and ultimately settled in the Indianola community.  As usual, they dove into various community activities, made continued contributions and developed many lasting friendships.  His friends knew him as an avid Shakespeare afficionado with an extensive library who often memorized various plays and speeches he felt were instrumental to gaining a deep understanding of life and love. Dozens upon dozens of yellow pads and file folders were filled over the years with ideas, thoughts, aphorisms, scripts for movies and books, cartoons, correspondence with community and national leaders and explorations into the meaning of life.  He was inexhaustible in his intellectual energy and his desire to explore the boundaries of both the known and unknown.

Following Karen’s death in 2016 and a stroke in 2018, Roger decided to move to Boise, Idaho to live with his daughter and son-in-law.  Several months before his death, he began writing his memoirs.  These writings were instrumental in catalyzing personal and professional reflections gained over the course of his life.  He frequently said “a day without learning something new is a day wasted” and lived into that adage until the very end.

Roger is preceded in death by his parents George and Marion (Dykhuis) Slater, his wife Karen Lee Slater and his son Mark Benjamin Slater.

In lieu of flowers, the family requests tributes be made to Maui Nurses Scholarship Foundation at http://mauinursesfoundation.org/about.html.

Leave a Condolence to Jacqueline and Chuck Probst Cancel reply