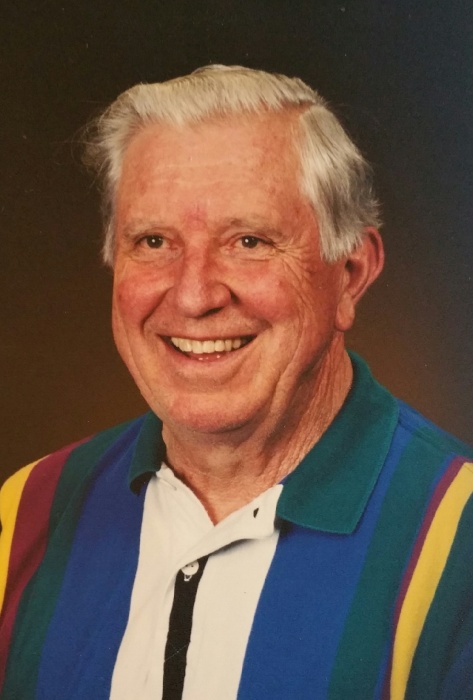 John W. Chambers went home to be with the Lord on Sunday, March 17th, 2019, at 88 years of age. John was born in Oakland, CA on June 1st, 1930 to Charles and Clare Chambers. John was always proud of his Norwegian Heritage.

He attended schools in Piedmont, CA and served in the Navy in the Korean War on the USS Benham for four years.  At Armstrong College, he received his bachelor’s and master’s degrees in business. More importantly, that is where he met the love of his life, Ginny!  As he would say, “It was the best decision I ever made.” They married on June 17th, 1956. After graduation, John was hired by the Boy Scouts of America, following many years of volunteering for the organization. Having achieved the rank of Eagle Scout himself as a young man, he felt that was an important time in boys’ lives and wanted to positively impact their character development. After several years, John and Ginny realized that perhaps a teaching career would better support their growing family. John taught business and real estate classes at Diablo Valley College for over 30 years. They moved to Walnut Creek, CA and raised their four children, Bill, Cindy, Karen, and Barbara. Life was full with involvement in children’s activities, woodwork, Walnut Creek Presbyterian Church, sailing, having a project (or 5) to do but he always made time for family and friends. John demonstrated hard work, integrity, academic achievement, fun, resourcefulness, organization, loyalty and love.

Weekends and summer weeks were spent with the family at the Lake Tahoe cabin. “Building Memories” was one of his favorite sayings. After retiring, John and Ginny moved to Sunriver, OR where they continued to make close friends.

John’s final destination was The Terraces in Boise, ID.  Ginny and their children are very grateful for the care, love and support given to John by the entire staff.

We are confident that because of God’s grace and the sacrifice of his son Jesus that we will see him again!