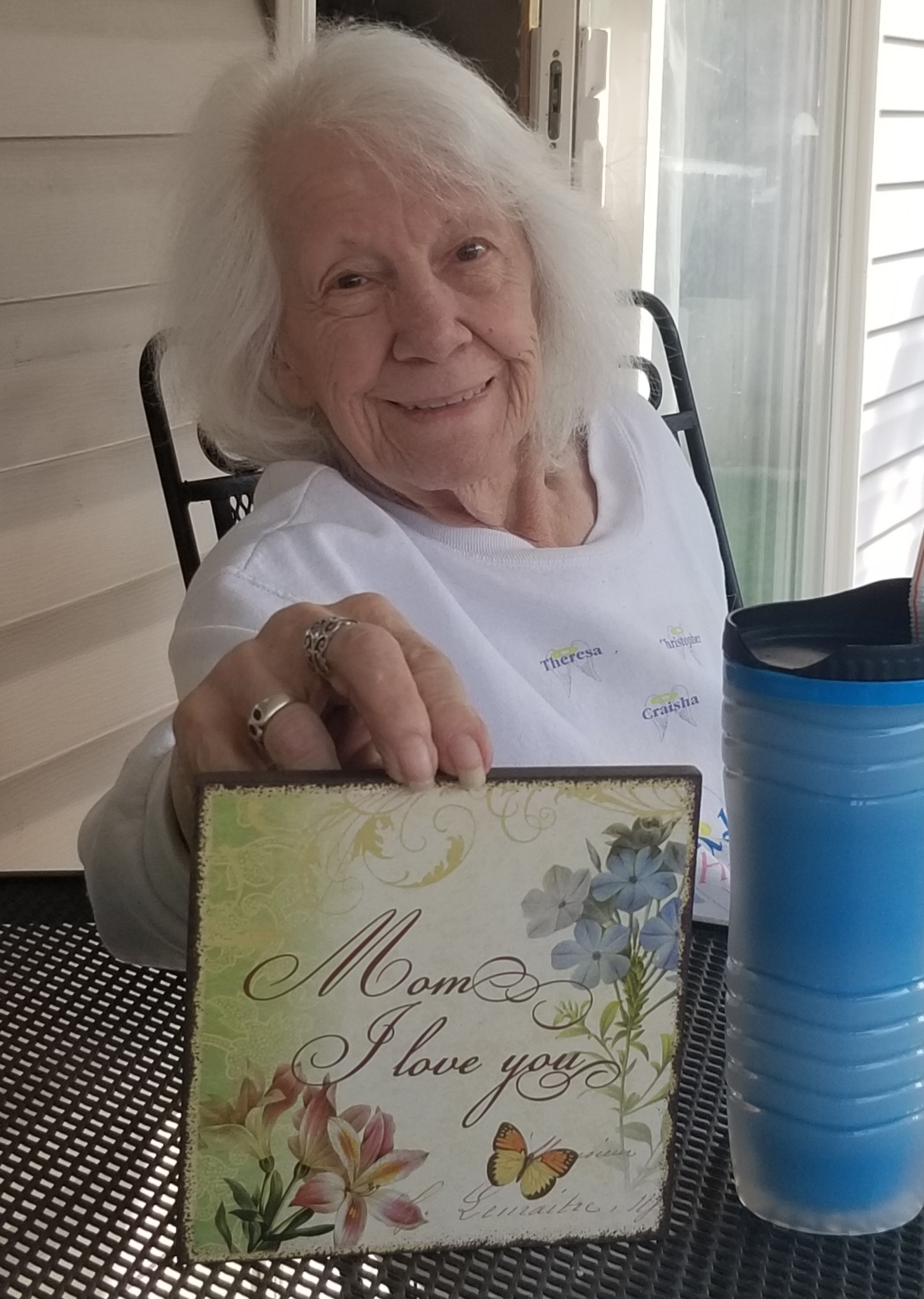 Arlene left this earth to be with her Heavenly Father on November 5, 2020. Her final words before being transported to the hospital were “please tell my children how much I love them.” She passed peacefully with family by her side, and for that we are so grateful. She was a loving Mother, Grandma, and Great Grandma to many. We will all miss her.

Born to Elaine and Clayton Hall, Arlene was the oldest of seven children. They lived and worked on a small farm in McCammon, Idaho.  Her childhood was spent on the farm, going to school, and helping to care for her younger siblings.  Arlene met and married Murl Brown (Brownie) at age 16.  He was serving in the US Airforce and she left Idaho to become the wife of an airman. They were married in Virginia where Murl’s family lived. During Murl’s military service, they traveled all over the U.S. and abroad, including Florida, Utah, New York, Wyoming, Alabama, and two stays in Tripoli, Libya. Arlene and Murl had four children during their time in the Airforce. Murl retired in 1969, and they made their home in Meridian, ID. They divorced in 1976.

Arlene married Dennis (Denny) McJunkin and they were able to adopt her two grandchildren, Robby and Nikki (Nichole). During her marriage to Denny, they lived in Monterey, California, Middleton and Moscow, Idaho, Kennewick Washington, and LaGrange, Texas. They divorced in 1983. She was married to Mike Boudreau in 1984 and divorced in 1988.

As a full time wife and mother, Arlene’s work was primarily in the home for the early part of her working years. When her children were older, she worked as a clerk, a bank teller, and a sales person. Her final and most rewarding job was Program Manager for the Western Idaho Community Action Program (WICAP) in Caldwell, Idaho. Arlene was a natural leader and her staff and volunteers were loyal and hardworking under her leadership. She had a passion for serving families of the Treasure Valley and thrived as she devoted her time and energy to this social services agency.  She resided in Nampa for more than 30 years and was most recently cared for by the loving staff of Ashley Manor Memory Care Home in Boise, Idaho. The family would like to send special thanks to the staff of Ashley Manor, especially Jeanie and Shelbi. We appreciate your love and caring more than you will ever know.

Arlene was a wonderfully creative homemaker and loved preparing huge dinners for her growing family to enjoy. She was a gifted seamstress and spent many hours pouring her talents into beautiful handmade clothing for her children, grandchildren, and other loved ones. Additionally, she seemed to have an unending stack of mending to do for many beloved family members. Her generosity of spirit kept her very busy!  She adored her grandchildren and loved having them over for sleepovers or making them their favorite breakfast on their birthdays. She was known to stay the night before a birthday, just so she could wake up early and make their favorite breakfast.

To say Arlene had a green thumb would be an understatement. Anyone who visited her home surely remembers the seemingly unending carefully designed plant displays. She also loved working in her yard and making it beautiful.  She simply had a way of making everything grow. Arlene’s spirituality was very meaningful to her, and she held the teachings of the LDS religion very dear. She enjoyed the company of her LDS Home Teachers in her last few years.

She was preceded in death by her former husband Murl Brown, son Craig Brown, both of her parents, and her brother, Larry Hall.

Thank you to everyone who has reached out with your love and condolences. Mom loved you all and heaven gained a new angel last week.