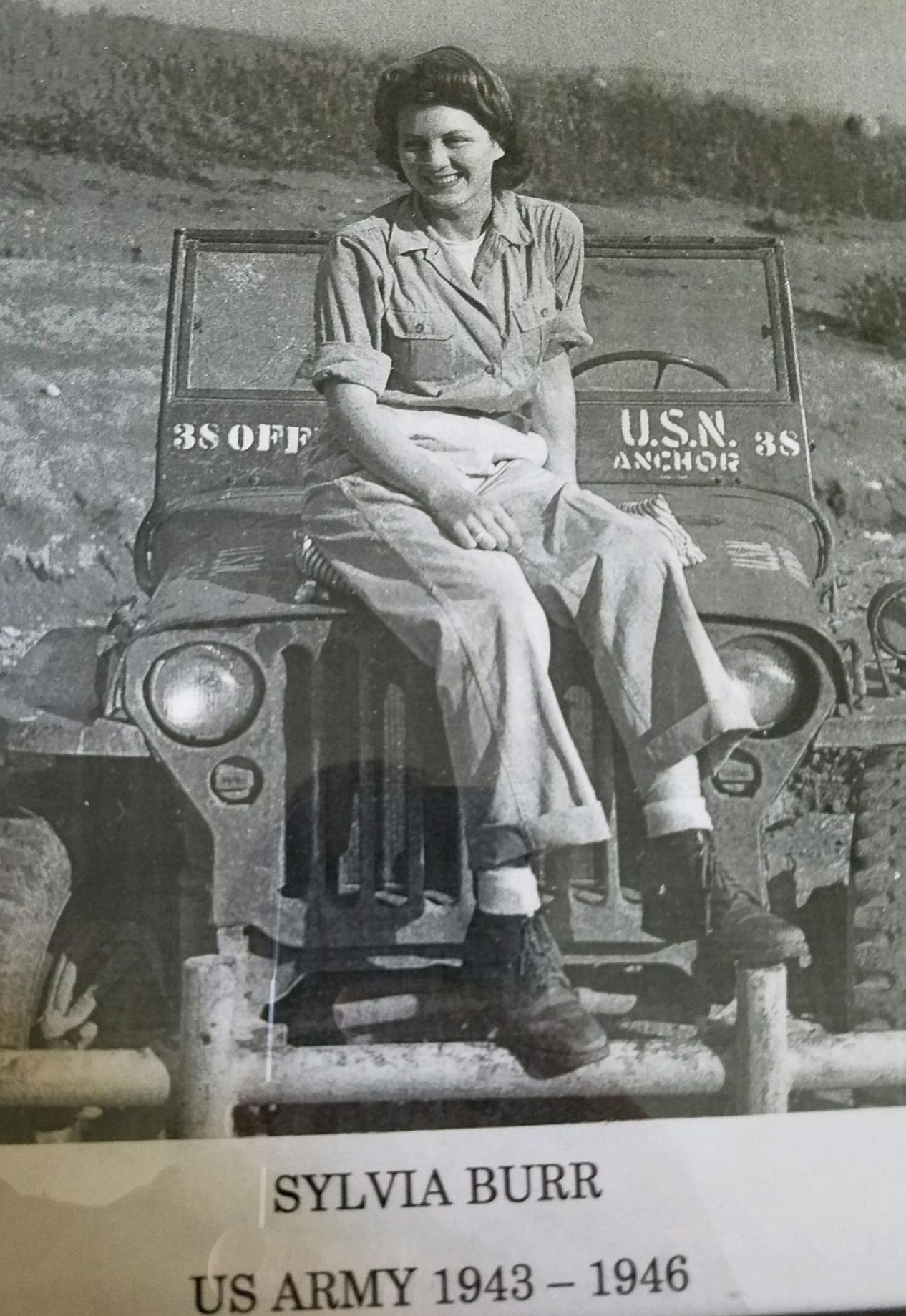 Sylvia was the 6th Child born to George and Irene Hamilton on the 30th of September 1924 in Toronto Canada.. Her family had traveled from Rochester, New York to visit family in Toronto and Syl arrived a bit ahead of travel plans and was rewarded with dual citizenship for the US and Canada.

Sylvia described her childhood as a happy time for her and enjoyed her three brothers and five sisters, so there was never a lack of activity at the Hamilton house. They almost had their own Family Baseball Team and the Hamilton Kids had Fun Playing Baseball at the corner lot next to their house on Wilmae Road.

Sylvia had a very diverse work life including Professional Dancing as one of the Hamilton Sisters, Secretary, Elementary School Teacher and even a Staff Secretary to Gen. Douglas MacArthur during WWII as a WAC. She must have been well suited for the Supreme Allied Commander of the Pacific Forces, as she was in charge of 150 secretaries when she was employed at Bausch and Lomb in New York.

She resided a great deal of her early life in Rochester, NY and surrounding towns and later in life moved out west to Boise, Idaho in the early 60’s where her Sister Ginny and her Family Lived. She had bounced back and forth between Rochester, NY, Alameda, CA and Boise, ID for several years before settling down in Boise.

Before she had her own Child, Sylvia enjoyed spending time Horse back Riding and Making Memories with her Nieces and Nephews in Rochester, NY.

Somewhere in that flurry of moving Coast to Coast,  she gave birth to her only child Kelly who would join her on the Coast to Coast odyssey…She was a wonderful Mother who made great memories with her Daughter taking her on many fun trips to the Ocean both East and West Coasts and Washington DC, sometimes inviting Special Cousin’s to come along and a couple of cross country trips stopping to see the History along the way.

Sylvia was always eager to spend time with the Four Loves of Her Life, Her Grand Children, Jeremiah, Heidi, Matthew and Andrew and loved to create memories whenever she could, and although she didn’t have much money, she would work extra jobs Cleaning and Babysitting. Many of the Kids she Babysat she Loved Like they were her Grand Kids! She would save up that money and take Her Grand Kids on trips close and far, Disney Land, Hawaii and Seattle were just some of the Fun Adventures she treated the Grand Kid’s to! The Best Gift She Gave her Grand Kids was her Time. She had fun taking the kid’s on special ‘Dates’ to The Chinese Buffet, Pizza or for Mexican Food, Having Sleepovers and Cooking up her Special Homemade Hamburgers followed by a Big Sausage, Egg and Hashbrown Breakfast the next morning. She spent hours teaching the kids to Craft for Holiday Fares and also taught them the  great art of ‘The Garage Sale’. She loved having Garage Sales almost as much as she enjoyed stopping at Garage Sales and Giving the Kids a little Money to Shop. She was great at making memories and knew that that was what the Kids would remember was the Time she spent with them making those memories. She was later Rewarded with Three Great Grandsons, Eli, Blake and Jett whom she Treasured every moment she could get with them.

Sylvia Loved God and Believed His Promises! One of Sylvia’s Favorite Bible Verses was a Great Comfort to Her: John 3:16

For God so loved the world, that he gave his only begotten Son, that whosoever believeth in him should not perish, but have everlasting life.

Sylvia Passed away Peacefully with her Daughter Kelly and Son In Law Greg at her side while Listening to One of her Favorite Hymns “Amazing Grace”.

Sylvia would say to Make Your ‘Dash’ Important by Making Memories With Your Loved Ones and Making this World a Better Place for those that come after us! We Know She Loved Her Family with all her heart!

“Many Thanks To Sylvia’s Wonderful Care Giver’s, Nurses, Doctors and Staff at Overland Court Assisted Living, The Boise VA Hospital, The Apex Center Genesis Health Care Facility, and the Caring Staff at Encompass Hospice where she had many ‘Special Sweeties’ at all these Facilities who gave her the Best Care and Love!”

Family and Friends are Invited to Celebrate Sylvia’s Life.