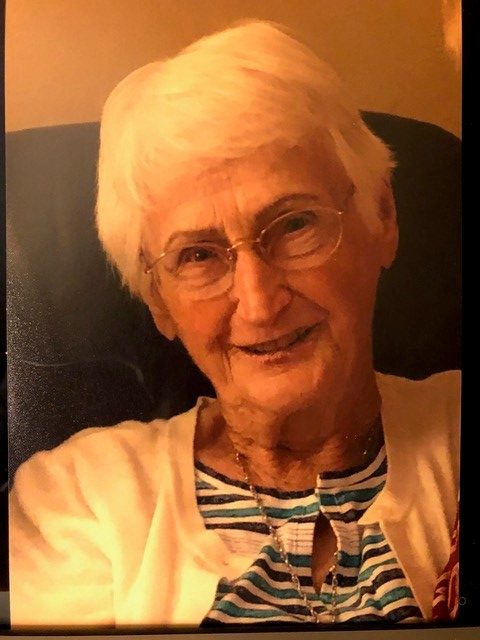 Wilma Clark was born on June 28, 1927 in Montpellier, Idaho. She was the fourth, and youngest, daughter of Howard and Elverta Clark.

Wilma spent an idyllic childhood growing up in the small rural farming hamlets of Montpellier and Georgetown, just north of Bear Lake, Idaho,  her father being an itinerant schoolteacher.

Her father ultimately moved the family to the “big city” of Idaho Falls, where Wilma met the love of her life, Clarence William “Bill” Likes. “Bill and Billy”, as their friends affectionately knew the couple, boldly ran off to Billings, Montana to elope when Wilma was a fair maiden of only 17 years.

The Second World War saw Bill leave for the Navy to fight in the Pacific while Wilma finished high school and worked at the local Woolworths. Upon his return the couple began a family, first Renee, then Sandra, Lori, and finally their son, Rod.

The little family left Idaho to find work in Ogden, Utah and ultimately made the move to the rapidly developing San Fernando Valley, just north of Los Angeles, California. Bill used his inherent mechanic skills to begin a career in the automotive industry, and Wilma began a career as a bookkeeper. The young couple bought their first home on Woodley Avenue in Granada Hills, California. They enjoyed working on their home and entertaining their friends there.

Following retirement, Bill and Wilma returned to Idaho where Bill utilized his craftsman’s skills and built a retirement cottage in the lakeside resort community of McCall, Idaho. Bill was able to engage in his passion for fishing, and Wilma was able to dote on her family plus continuing to worked into her eighties.

As the years passed, and with the issues of aging and harsh winters, Bill and Wilma decided to move down the mountain to Boise where Rod, Lori and Renee lived with  their families.

Following Bill’s passing, Wilma moved to Meridian, Idaho, where she was still close to her children and grandchildren. In addition to her family, Wilma enjoyed “collecting”, and had several collections of dolls, spoons, and Christmas Villages. She enjoyed shopping and trips to nearby Nevada to gamble.  She also enjoyed playing games of Bingo and Bunco, where Renee and Lori would frequently join her. In addition to her family, her work and hobbies, her little dogs and cat, were the joys of her life.

Wilma was preceded in death by her husband, Clarence, her parents, Howard and Elverta, her sisters Mavis and Merlynne, and an infant granddaughter, Aubrey Likes. She is survived by her sister Norma Booher, her daughters, Renee, Sandra (Ken Bourne), Lori, and son Rod (Sherryl), 15 grandchildren,  38 great grand-children, and one great-great grandchild.

Wilma lived a full and interesting life as a descendant of pioneer ancestry and as part of the Greatest Generation. She was loved, honored, and will be deeply missed.

A graveside service will be held Wednesday, February 10th, 2021 at 2 pm at Dry Creek Cemetery.