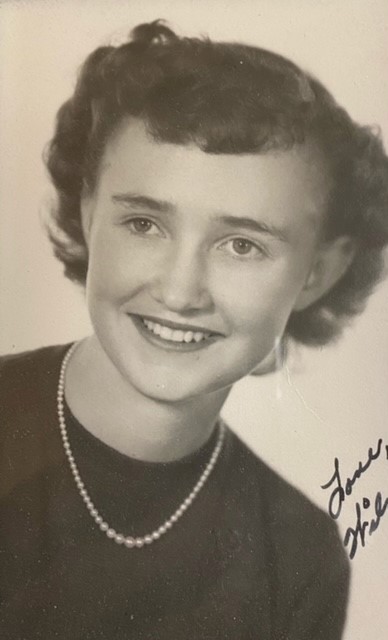 Wilma J. Lenz, 87, passed away on Tuesday, January 12, 2021 of heart disease and complications from COVID-19.  She was born on July 3, 1933 in Ainsworth, Nebraska to Fred and Marie (Jacques) Johnson.  The family soon moved to Idaho, where Wilma was joined by brothers Max, Warren and Wendell, and sister Karin.  She met her future husband, Alden E. Lenz, in high school , and they married in Nampa, Idaho on December 27, 1950.  The Air Force called, and the newlyweds moved to Wichita Falls, Texas, where son Ron and daughter Sandie were born.  Daughter Sherri was born in Laredo, Texas, and the subsequent move to Anchorage, Alaska, was where daughter Kim was born.  A few more moves followed, and after retirement from the service, Al and Wilma settled in Boise, Idaho.  Wilma said that the next years were some of the best times of her life – building and eventually moving full time to their beloved cabin in Cascade, Idaho, spending time with extended family, as well as adventuring out far and wide with their Good Sam RV friends.  They made many good friends through the years, and enjoyed traveling to meet more.  In 2016, they reluctantly moved back to Boise.  Al passed away in December of that year, and Wilma spent the next four years building new friendships at Grace Assisted Living.  She was lonely without her partner of 66 years, but she enjoyed playing cards, reading, and maybe most of all, having others do the cooking, cleaning and laundry for her.  She is survived by  Ron (Virginia),  Sherri (Kirk) and Kim (Patty), grandchildren Amy, Ryan, Steven, Erin, and Alex, and 9 great-grandchildren.  She was preceded in death by her husband Al and daughter Sandie.  As her brother Max stated perfectly, “Wilma was a selfless, caring, energetic and loving person.  She was committed to her husband and family, and was the glue that held them together”.  We will miss her greatly.  Mom would never want anyone else to get sick, so due to current COVID conditions, no services will be held at this time.  She will be interred with Al at the Veteran’s Cemetery and a celebration of life will be hopefully be held at a later date.