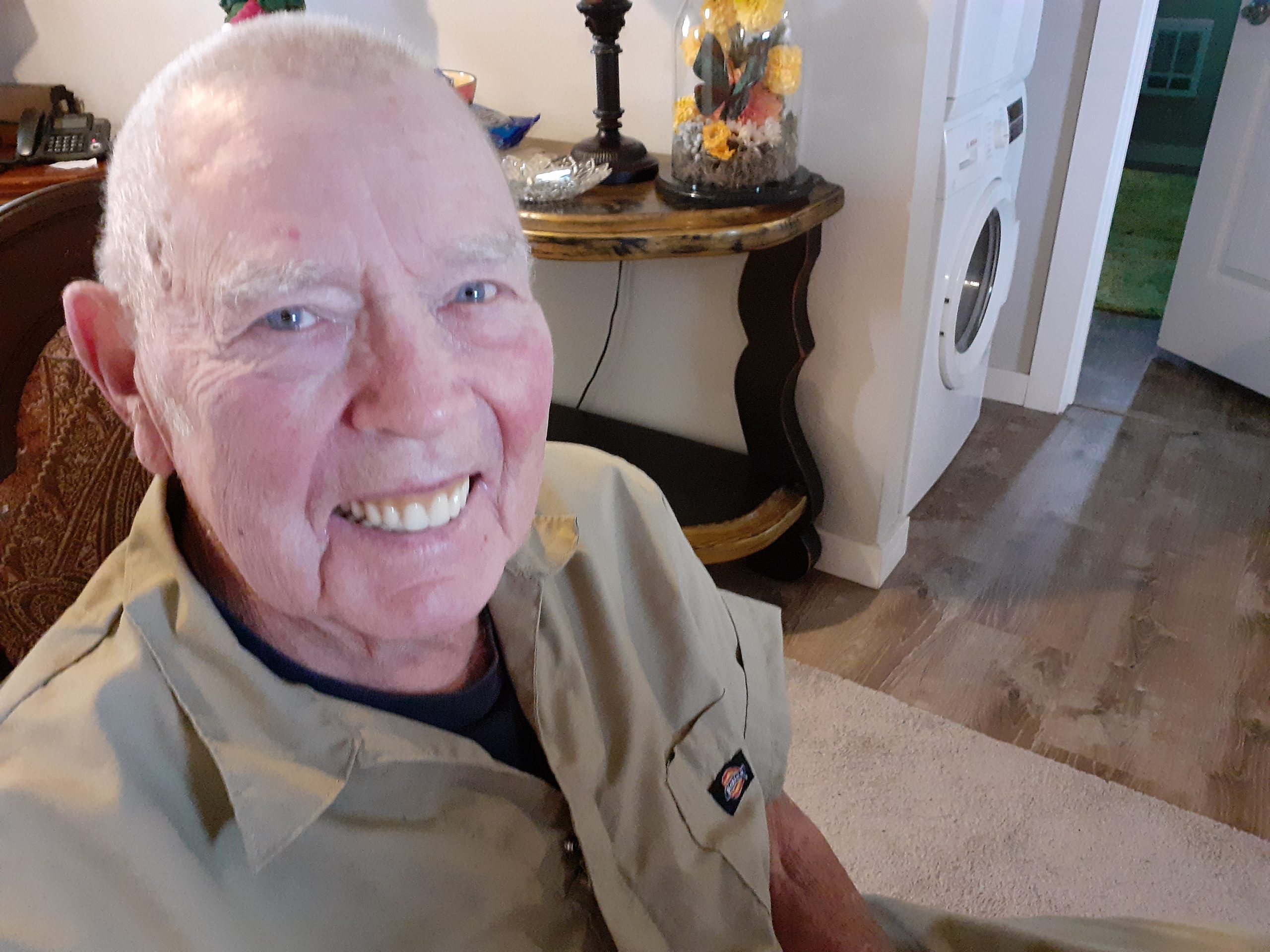 Willis B. Hovey, formerly of Lowman ID, passed away at an assisted living facility in Boise ID on October 6, 2021.

Will was born in Kalispell Montana on September 1, 1931 to Paul and Anna Hovey.  Will had three sisters; Helen, Mary and Pauline.  He was preceded in death by his parents, his sisters, his beloved wife Dorothy and her granddaughter Sally Zanders.  Will attended schools in Half Moon and Kalispell Montana.  He entered the Army reserves in 1949, and was active in the Army reserves until 1955.  Will was presented the Eisenhower Trophy for his service during the Korean War where he was stationed stateside and trained troops on Howitzer long range heavy artillery support weapons. While in Kalispell, he worked for Greig’s Dairy. Will married Nancy Kinshella in 1952, they were blessed with five children: Cindy, Vickie, Kathy, Brian and Leo.  Will and Nancy eventually moved to Boise Idaho.  They divorced in 1973.

Will worked in various jobs in the food service business for 45 years.  He was eventually self-employed and it was Moon’s Café in downtown Boise that was his most loved business.  He was renowned for his hand-crafted milkshakes and plate sized pancakes.  He was also known for opening Moons in the early morning before business hours for people to come, drink coffee on the house, and read their newspapers.  When Will retired, he sold Moon’s and all his time and energy went into the Lowman community where he lived until August 2020.

In 1974 Will met Dorothy Bryan, they fell in love and were married that year.  Once retired they moved to Lowman Idaho in 1988 where they built their dream home.  They lived happily ever after in Lowman until Dot’s death in March of 2018.

Will was a master woodworker and many places in Lowman have his handiwork in their homes.  His workshop was an inviting place for friends and family to visit, ask for advice or just while away the time.  Will loved the outdoors and spent much of his time mowing grass, blowing snow, and participating in woodcutting parties.  Will was a long standing member of the Lowman Community Church where he enjoyed helping with building projects and maintenance both inside and out.  He also put time into the fire station, ambulance building and he helped build the landing pad for Life Flight in Lowman.  Will began as a volunteer for the fire station and the ambulance, he eventually received his EMT Certification and served in this capacity until he retired from ambulance service.  At his retirement he was acknowledged as the oldest active EMT in Idaho.  His most pleasurable achievement before he left Lowman was his part in the creation of the cemetery above the Lowman Community Church.  If Will wasn’t home it was likely you could find him puttering around the cemetery; mowing, planting trees, bushes, and tending flowers.

Will is survived by his children, Cindy Ruths (Gary), Vickie Frisbee (Ted), Kathy Bowman (Matt), Brian Hovey (Miriam), and Leo Hovey (Melinda), 14 grandchildren, 24 great grandchildren and 2 great great grandchildren and by Dot’s children Rande Trueax (Bill), Don Bryan, Dean Bryan and Dot’s grandson Zackary Zanders. A memorial service for Will is scheduled at the Lowman Community Church on November 13, 2021 at 2:00pm.  Memorials may be sent to the cemetery fund at the Lowman Community Church.