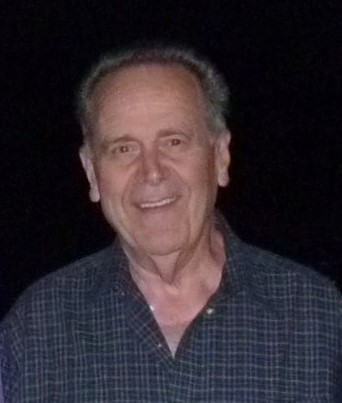 On November 3rd we lost a treasured husband, father and grandfather, after a bravely fought battle with cancer.

Bill was born in Emmett, ID on May 17, 1934 to Douglas Clayton and Laura Wenner Knox, joining his older siblings Patricia, Shirley and Douglas C. Jr.

After graduating from Emmett High School in 1952, he continued his education at the University of Idaho in Moscow where he pledged the Beta Theta Pi Fraternity and became a lifelong Vandal fan.  His college time with his Beta buddies, and their lifelong friendships, was one of his greatest joys.  His time in Moscow was interrupted when he volunteered for the draft.  After boot camp at Fort Benning, VA, he was assigned to the Army Corp of Engineers.  His unit then became part of the 1st Engineering Arctic Task Force at Camp Tuto in Greenland.  Their mission was to determine if an airfield could be built on the icecap.  About six months later their mission was successful when a C-47 was able to land on the compacted-ice runway, sinking only a couple inches.  More important, after pictures and congratulations, it was able to take off!  Mission accomplished!  Then back to Fort Benning, until being released from active duty in March, 1957 and honorably discharged in May of 1963.

In the summer of 1957 he worked at the Emmett sawmill to earn money for college. During this time he met Joyce Lake at the Emmett swimming pool, who would become the love of his life.  After a semester at the College of Idaho, he returned to the U of I where Joyce was enrolled.  Bill and Joyce were married in December, 1959 and began building their life together in Boise.  To this marriage they would bring two daughters; Annette and Hallie and eventually four grandchildren; Cole, Abigail, Katie and Jackson. To these grandchildren their “Poppy” and “Papa” hung the moon, the stars and warmed their world like the sun.  It is amazing what can transpire in 61 years of marriage.

As his daughters grew, he enjoyed being able to travel with his family.  Camping, boating, water skiing and the Oregon Coast were favorites. In retirement he and Joyce discovered cruising; and traveled all over with friends and family.  Bill was able to spend time with his grandchildren; never missing an opportunity to sit with them and hear what they had to say; attending ball games, school plays, swimming lessons and graduations.  They were his sunshine.  He was a lifelong St. Louis Cardinals fan.  And long-time member of St. Michael’s Episcopal Cathedral.

In August 1959, Bill started working for Albertson’s General Office in Boise. This was the beginning of a 35-year career, where he built lifelong friendships and worked with many wonderful and dedicated people.  He greatly enjoyed his time with Albertson’s and would recount stories of the company buying, selling and building stores all over the country.  He retired as Manager of Property Accounting in May, 1996.

Bill is survived by his loving wife, Joyce; his daughter Annette (Callin) Branter, their children Cole and Abigail; his daughter Hallie (David) Rodarte, their children Katie and Jackson; along with many nieces and nephews.  He was preceded in death by his parents Douglas C. and Laura W. Knox; his sister Patricia Michels (Rich); his sister Shirley Severn (Russell); and his brother Douglas C Knox, Jr. (Doris).

We wish to give special thanks to Rich Demarest for his help and guidance during this difficult time and St. Luke’s Hospice.  We invite friends and family to a graveside funeral service at the Emmett Cemetery, Monday, November 22, 2021 at 11:00 a.m.  A gathering will follow for family and friends.

We wish to give special thanks to Rich Demarest for his help and guidance during this difficult time and St. Luke’s Hospice.  We invite friends and family to a graveside funeral service at the Emmett Cemetery, Monday, November 22, 2021 at 11:00 a.m.  A gathering will follow for family and friends.