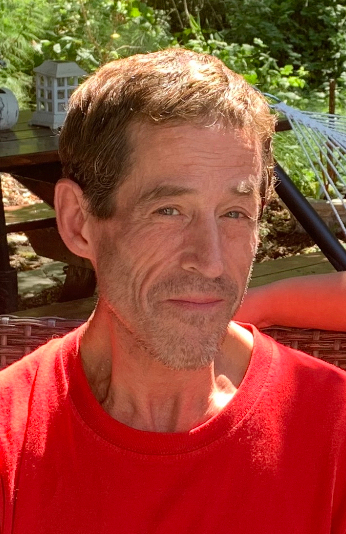 William Scott Eberhart “Scotty”, 54, a resident of Ontario, OR., passed away on 2/24/22 in Idaho Falls, ID. due to injuries he sustained in a house fire.

Scott was born in Boise Idaho on October 1,1967 to Scott & Karon Eberhart. As a toddler, he and his parents moved to Seattle and then onto Everett, WA. Shortly after graduating from Everett High School in 1985, Scott enlisted in the Army reserves. After serving with the Army, Scott moved back to Boise, and enrolled at Boise State University, where he majored in History and his fast legs earned him a spot on the Boise Broncos football team.

Scott was an all around athlete; he enjoyed football, rugby, running, hiking, working out, swimming, & in his younger years, rock climbing. Nutrition was important to him; he ate healthy foods, & was a great cook! He was very intelligent, an avid reader with an insatiable hunger for knowledge. He had a great time boating, fishing, drawing, and recently picked up shooting with his friend, John. He was great at construction, especially building, framing & roofing, and was a big help to his sister on some extensive “house flip” projects up in Washington State. He was a kind and caring person, with a funny sense of humor & a great smile. He loved his friends & family, and had a sweet spot for all animals.

He is survived by his sister, Angie (Chad) Niethamer, nieces Emily & Maci, and numerous aunts, uncles, cousins, & his beloved cat, Puffer. He is preceded in death by his parents, Scott & Karon Eberhart, and his grandparents: Frank & Elizabeth Freeman,  Arthur & Phyllis King, and Roy & Needra Eberhart.

A funeral service will be held at 10:00 am, Saturday, March 19, 2022 at Bowman Funeral Parlor, 10254 W. Carlton Bay Dr. in Garden City, with a committal following at Dry Creek Cemetery in Boise.  A visitation for family and friends will begin at 9:00 am.

A funeral service will be held at 10:00 am, Saturday, March 19, 2022 at Bowman Funeral Parlor, 10254 W. Carlton Bay Dr. in Garden City, with a committal following at Dry Creek Cemetery in Boise.  A visitation for family and friends.