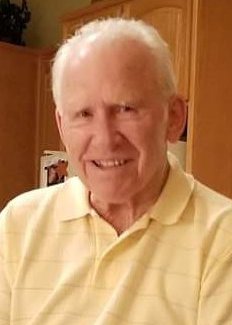 Bill was a loving, caring husband and father who was always happy and had a great sense of humor. He was known for his amazing hugs and stories! He loved his family and his wife’s apple pie!

A celebration of life will be announced at a later time. He will be greatly missed.