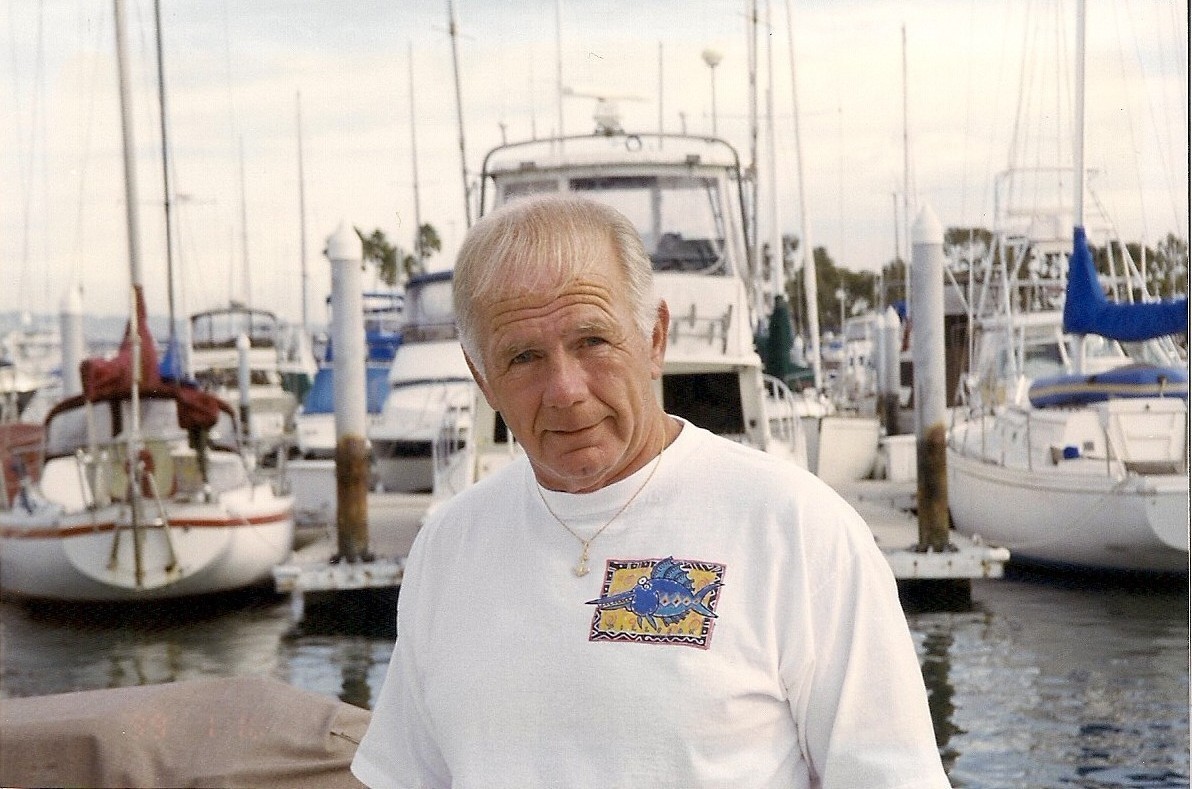 Bill passed away on May 11, 2021, at his home in Eagle, ID after a long battle with Parkinson’s Disease, with his wife Karen by his side.

Bill, and his twin sister, were born on February 21, 1943 in New Haven, CT.  They were adopted, shortly after birth, by their parents Harold and Mabel (Meeker) Dow.

Bill lived in North Haven, CT until his enlistment in the Navy in 1960.  His nine years of service as a Fire Control Technician included deployments that included the Cuban Missile Crisis, the Gemini 11 rescue as well as two tours in Vietnam, where he was last stationed on the Battleship New Jersey.

After an honorable discharge, Bill went to work as a civilian for the Department of Defense at the Long Beach Naval Shipyard.   He spent most of his career in the Combat Systems department working on weapons systems in support of the Navy.  He retired in 1996.

Bill loved the ocean and spent as much time as possible on the water.  An accomplished Captain it was on the water where he was most at peace.

He also loved animals, in particular dogs, including his beloved:  Petite, Jocko, Niko, Becky and Spike.

Bill is survived by his wife of 34 years, Karen Grozik Dow; his son, William Keith; sister Leigh Pond and her husband, Glen, their five children: Karen, Justin, Katie, Ali and Lindsay and their families; mother-in-law, June Grozik; sister and brother-in-law, Jan Grozik Vanderbush and Brett Vanderbush; and many friends.