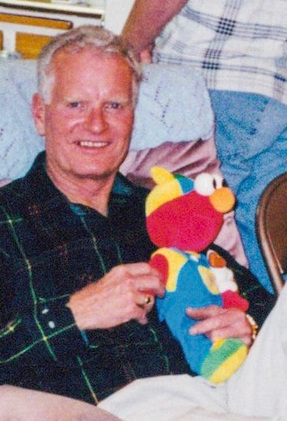 “Our time together is just never quite enough.”

And for every chapter…Bill was a man with depth who lived the way he wanted to live, with incredible authenticity, taking very little, and feeling gratitude and wonderment for the world and universe around him.

Bill was born to George and Martha Andrews in Long Beach, California, in August of 1945, and passed away peacefully in Nampa, Idaho, on May 5, 2022, with his family surrounding him. Bill passed away from complications related to end-stage COPD. While he had been in and out of a hospice designation for a couple of years, he wasn’t going down like that – he would very much tell you he was alive and this wasn’t his time to go. The irony is that Bill lived his entire life a very healthy and active man and it was only after he decided to stop casually smoking that COPD crept in and made life extremely complicated in his last few years. Bill had many close calls with hospital visits toward the end but each time he would pop up out of bed, throw back the blankets and want the hoses disconnected and order up a sandwich or a pizza and out of the hospital he would go.

For all who knew him, please rest assured, he kept it feisty and colorful until the end.

Bill grew up amongst countless naval bases as an only child with all kinds of servicemen helping him in various forms of mischief and sports, along with his two working parents. He had a constant front row seat to interesting cultures and locales. Bill was an avid surfer and beach bum, track standout and a younger championship baseball player. After life in places such as California and Hawaii, he spent his Air Force years in Germany and then it was back to the states. Bill married Deborah in California after that time and started his long management career in the transportation industry spanning his lifetime, migrating between Washington, Oregon, Idaho, Northern California and Montana. Bill & Deb went on to have three kids and the family ultimately settled in the Payette area for the remainder of his years.

Maybe you met Bill in his early years when he was suit & tie guy, an avid pet lover, opening his home to lots of barbecues and visitors, recreationing away his evenings on the river, or maybe you met him much later in life during his gold panning, mountain hideaway and Hawaiian shirt wearing phase. Or maybe you caught him in the middle when he felt fairly uneasy and wasn’t sure what he should be doing, meandering through grief and tackling harsh real-life stuff due to the unexpected loss of his son. Bill enjoyed interesting connections with everyone in his life and his bonds with others were unique and molded around various life events; while each was different, they were meaningful and powerful to him. Even if you think it was a brief moment in time, to him it was much more than that. It further underscores what was his own belief: that intersecting with people at various times in this life are no accident.

Bill truly lived for his grandchildren. It was critical to him that they have diverse, vast life experiences and feel loved always, and to be reminded there are no limitations to what they can achieve in this lifetime. He was very close with them and communicated often. The material was always rich in comedy and hijinx, so it’s tough to tell who was getting the better end of that deal.

Bill had a profound relationship with the Lord over his lifetime, from a very early age, and marveled at how divinity was woven into life on earth. He just wasn’t in your face about it. He believed the overall message for humankind was to model understanding, love, patience, forgiveness, goodness and compassion to one another.

Bill is survived by his daughters, Jennifer Andrews, and Susan (Jon) Laurenson and adored grandchildren, as well as a half-sister (Lilly) and many cousins, aunts & uncles he located and connected with later in life.

Bill was solid in his children’s experiences and his ever-present joy de vivre is, and will be, greatly missed. He wasn’t perfect, but definitely didn’t bury his flaws. He was real, and that’s what the family will work to capture as they honor him.

Since an obituary can never sum up a person’s life, the family welcomes you to join them and celebrate a vibrant life well lived, where they plan on filling in the blanks as well as sharing in the company of others, the way Bill enjoyed it best.

ALL who knew Bill are invited to Scotch Pines Golf Course in Payette on Saturday, June 25, 2022, from 5PM – 8PM in a very mellow, casual atmosphere for stories and a picnic dinner.

RSVPs are not required; guests are encouraged to call or text 701-310-5295 if they are in need of additional information.

Bill gave frequently to Shriners Hospitals for Children, a number of ministries and any cause for benefitting animal rescue. In lieu of flowers, kindness to these types organizations is the preference.

ALL who knew Bill are invited to Scotch Pines Golf Course in Payette on Saturday, June 25, 2022, from 5PM – 8PM in a very mellow, casual atmosphere for stories and a picnic dinner.

RSVPs are not required; guests are encouraged to call or text 701-310-5295 if they are in need of additional information.

Bill gave frequently to Shriners Hospitals for Children, a number of ministries and any cause for benefitting animal rescue. In lieu of flowers, kindness to these types organizations is the preference.