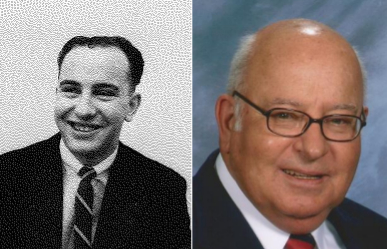 William James “Bill” Whiteman of Boise passed away at his daughter’s home in Georgia on October 13, 2022, after a brief but tumultuous battle with lung cancer.  He was 84.  Bill was born July 30, 1938, in Nevada City, California, to Walter “James” Wesley Whiteman and Marjorie Moulton Whiteman. After graduating from Lodi Academy in Lodi, California, he attended American River Junior College and then earned a doctorate in Pharmacy from The University of California-Berkeley.

Bill served in the US Army near Chinon, France; he always noted that serving in France was less fun than one might think, because he was rarely able to leave the base (as there was no other pharmacist available) and because the fabled French perfumes were used to disguise the lack of bathing!  Army life was a challenge for Bill’s innately independent and authority-resistant nature, but nonetheless he served with distinction until his honorable discharge.

Bill served Boise as a pharmacist at Hill’s Rexall on 8th and Fort Street for many years.  He was known for his caring relationships and rapport with customers, combined with exceptional pharmacological knowledge and dispensary skill.  He had great talent for mental arithmetic and could dispense up to 12 pills at a time in a flash.  On several occasions customers refused to believe he could count accurately so quickly and challenged him to do a pill-by-pill recount; his count was always found to be correct.  Later, Bill served as a pharmacy consultant and then worked his way up to Bureau Chief within the Idaho Department of Health and Welfare before retirement, forming many lasting friendships along the way.

In 1967 Bill married the love of his life, Joycelie “Joy” Warren, and they enjoyed nearly 52 years together until her passing in 2019.  From this union came stepdaughters Robin and Paige, and a daughter, Amy.  Bill and Joy were known for their hospitality to bridge partners, fishing and hunting buddies, and other friends (aided by Joy’s legendary cooking skills).  Bill’s deep love for Joy and his strength of character were especially evident in his tender care for her at home through her five-year decline with Alzheimer’s disease.  Bill often described himself as “only semi-civilized,” and he was happiest when outdoors, preferably in a location with a deadly name, such as the Seven Devils, Hell’s Canyon, or the River of No Return wilderness.  He was known for his keen wit, sharp memory, storytelling skill, and “walking encyclopedia” level of knowledge regarding the history and geography of Nevada County, CA (and surrounding areas), guns, and more.

The family would like to thank Bill’s stalwart friends for their support during his hospitalization in Boise and final days in Georgia.  Also, the family was blessed by the help of Visiting Angels caregivers Mary, Luckney, Ciara, and Tamara.