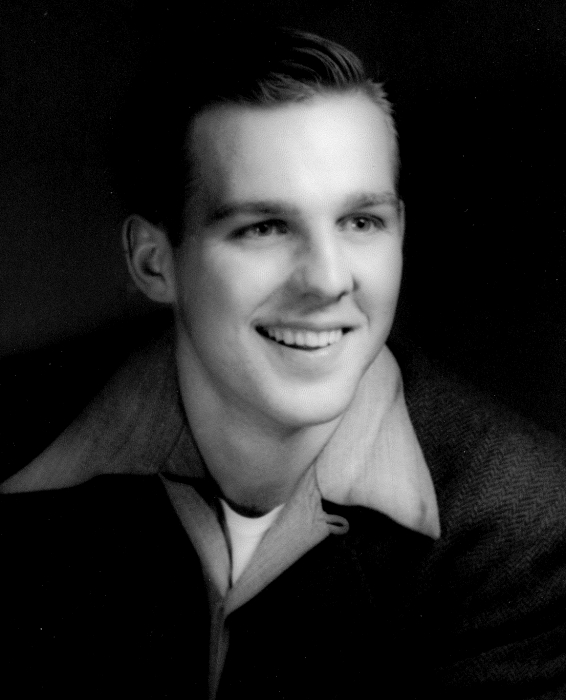 Bob was born on May 6, 1927 to Frances Isadore Theriault and William Andrew Smith in Bottineau, ND.  He was the fourth of six children, 2 girls and 4 boys who have all preceded him in death.

In 1930, the family moved to the west coast, being part of the massive migration resulting from the Depression and dust bowl.  They settled in Los Angeles and became part of a city that was just starting to grow.

Bob went to Dorsey High School in Los Angeles.  In 1945, he chose an early graduation in order to enlist in the United States Marine Corp., as so many other young men had done.  Both his older brothers had already enlisted and were involved in the war.  After his service and upon his discharge, Bob set out on a path that would take him on a journey that would not only last the rest of his life, but defined who he was.

He met Mary Hazelton in October of 1947 and they were married in 1948.  Bob & Mary had 2 children, Craig Robert and Victoria Ann.

At the young age of 24, Bob obtained his General Contracting License and started “William R. Smith Construction”.  In the years to come, the company was part of the changing landscape and skyline of the Post War building boom of California.  He was privileged to work with and become lifelong personal friends with individuals that became well known and respected on a national basis (some international) in the building industry.  There are still buildings standing that were built by WRS including schools, shopping centers, high rises, and government buildings.  At the age of 30, he was the largest and youngest GC in Los Angeles.

His passion for construction also involved his work and contribution to better the industry.  He was involved in helping to create and implement the “preliminary notice” system that would help protect sub-contractors.  He was involved in the beginning research and establishing guidelines for design and testing of Post Tension Construction which makes up a large percentage of construction today.  He was very involved in the beginning stages of Construction Management, working with the University of California in Los Angeles, to help develop a four-year course that would eventually become a separate degree in construction.  His involvement in this lasting many years.

In 1970, Bob and Mary moved to Sterling, CO.  He continued in construction and started to do real estate development with residential projects.

In 1978, Bob went to work for Penner Construction Management, Inc. in Denver, CO, giving him an opportunity to work in construction management, that he so believed in.

He would then go on to become Vice President of Construction for Apex Oil.  Apex Oil owned Copper Mountain Ski Resort.  He was involved from the beginning in the development of Copper Mountain and the building of the lodge, hotel, condominiums, and private residences.  Bob “officially” ended his construction career by retiring from Apex Oil.

He settled in Kimball, NE and then made the move to Boise, ID to be closer to family in 1998.

In 1999, Bob married Kathy in Branden, Vermont, where they would have a “bicycle” honeymoon.

Bob was not done with construction and went on with building homes, townhouses, and commercial buildings in the Boise area until he officially put down the hammer at 82!

He is survived by his wife, Kathy, children Craig R. (Deborah) Arroyo Grande, CA, daughter Victoria A. Green, Boise, ID, grandchildren, Hannah, Page and Claire, stepson, Michael Scales, Las Vegas, NV, 6 step grandchildren, and 3 great grandchildren, whom were just as precious to him as if they were his own.

He is preceded in death by his son-in-law, Gary Green.

A Celebration of Life will be at their home on November 7 from 3-5 pm.

In lieu of flowers, please make donations to your favorite charity or Graffiti Fit Club of Boise.