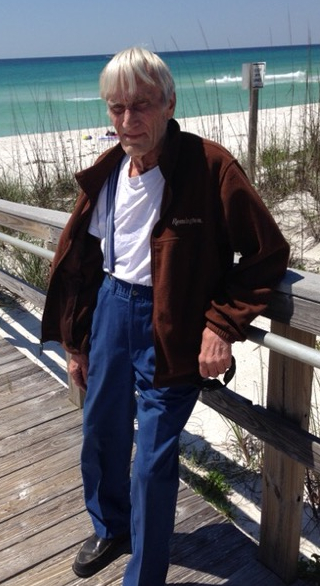 Born October 9th 1934 in Edina, Minnesota to Vivian Clark Sullivan and Donald P. Sullivan.  He was the youngest of 3 brothers, the late Donald Sullivan and Vincent Sullivan.   He was “Bill” to friends and family.  After graduating High School he joined the Navy in December of 1953, where he was a Sonar operator on a Naval ship.

Post service Bill owned and worked at his radiator shop.  Eventually he was employed by Firestone and worked with Sprint Cars and Modifieds testing tires.  This experience led to his involvement with racing teams and trips to the Indy 500 as part of a crew.  A medical condition ended his tire career and he became self employed.

He developed a custom auto and truck wheel business which he sold and reinvested his money into real estate.  He bought and sold lots in a subdivision he developed, he enjoyed running his backhoe creating roads, homesites and drainage ditches.

Bill had a great love and passion for race cars and Harleys. In his younger days he built his own Sprint Car and later in life he built his chopper and two custom trikes, one which won “People’s Choice” in a custom show in Phoenix.

Bill was a gentle soul and would take in and care for stray dogs that wandered onto his property and into his life for many years.
He is survived by his nephew Vince and his wife Sandra, a great nephew and two great nieces.