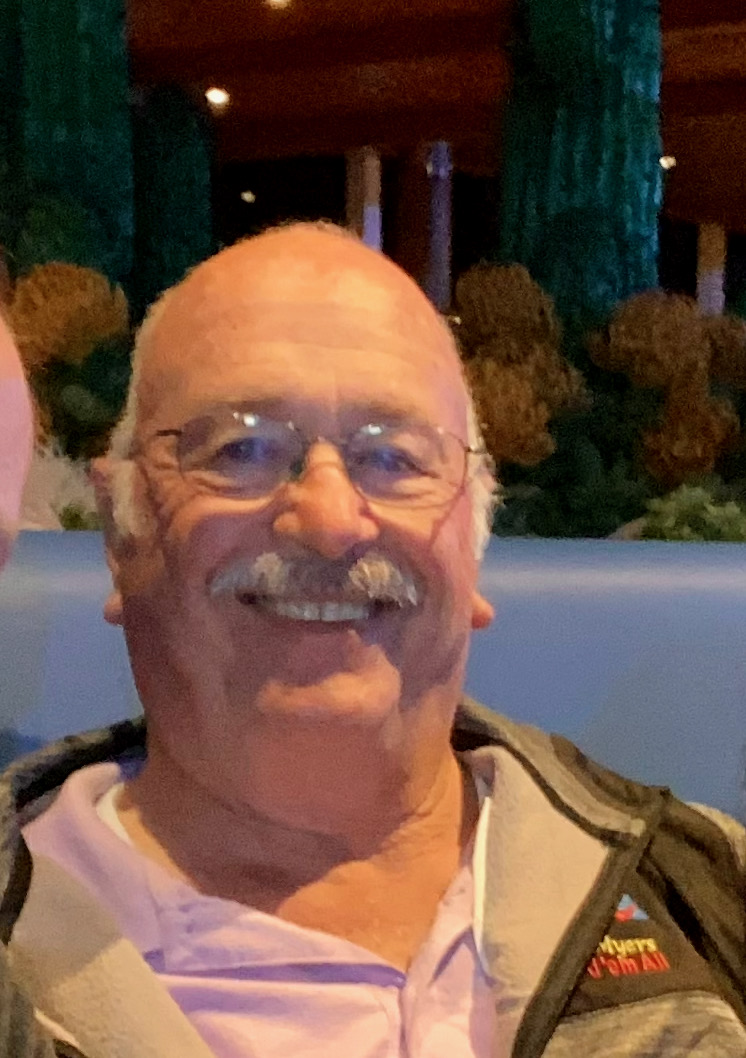 Wilke was the oldest of four children and his brother Pat was born two years after. The family of four moved to Idaho when Dad was discharged from the Army after World War II and began a career traveling Idaho and the surrounding states working for Autrey Bros. Once in Boise, sister Martha and baby brother Tommy were born.

The Myers raised their four children in Boise’s East End. They were long-time members of the Hillcrest Country Club and enjoyed all activities at the club, especially golf and the pool. They liked boating at Lucky peak and summer vacations on Cascade reservoir. Wilke loved water skiing and was the first of the four kids to master the slalom ski. Wilke also enjoyed bird hunting and fishing with his father.

After high school, Wilke joined the Army and he later served as a radio technician in the Idaho National Guard before he was honorably discharged.

He attended Boise Junior College and studied finance and business.

Wilke’s love for cars (probably started by his father) lasted his whole live. When he first joined the Southwest Idaho Sports Car Club around 1963, he drove a Volvo 544. In 1965, his father used his connections with a friend that owned the Ford dealership in Jerome, Idaho, and Wilke took delivery of the first Shelby Mustang GT’s in the state of Idaho. He drove his powder blue Mustang in Autocrosses and hill climbs all over the state. He started to make a name for himself as a good driver and a person who wanted to be involved. Wilke spent most of his life being involved with SWISCC and held nearly every office on the board. When Doc Halverson started planning for the first Freezeout Hill Climb in 1964, Wilke was there to help. This started a life- long love for hill climbs. He was very proud of the fact that he was the only person to have run the hill all 56 years, being the hill master many of those years. Wilke ran and won several different classes at Freezeout. From stock to prepared to be modified, he was always a driver to be reckoned with.

Around 1966 he got his first Porsche — a 912. This started a lifelong love for Porsches and he would always have one in his stable. He was a charter member of the Silver Sage Region of the Porsche Club of America. While working as a salesman for Norm Bishop Porsche Audi, he got his beloved 1968 – 911 (The Grey Ghost) and quickly became the guy to beat in Porsche club events.

Wilke met and married Mary Dodd in 1969. Their daughter Amy Myers was born in 1971. Wilke and Mary were active in the sports car clubs, and raced in the mini-stock class at Meridian Speedway. They divorced when Amy was 3. Wilke always supported Amy and was extremely proud of her accomplishments in life. One of his biggest joys was being able to get closer to Amy and his two grandsons.

Wilke met the love of his life Marcy Waite at the Meridian Speedway on the Fourth of July. They were married eight weeks later in August of 1985. Wilke and Marcy finished raising her three children Michael, Melissa and Trevor together. He was honored and proud to be called Dad, and be able to be Papa to the four grandchildren.  Wilke and Marcy shared the love and passion for fast cars and fun times from the very beginning. Marcy (as all students of Wilke did) flourished in her ability to drive a race car. Wilke always loved teaching people the art of racing and especially Hill Climbing. It didn’t matter how advanced you were, he was always open to share his knowledge and insight from decades of racing experience.

Wilke and Marcy operated a T-shirt print business and they owned an emission station. They mostly enjoyed taking the motor home, loading up the race car and going to all the Hillclimbs in the Northwest. They were always among the fastest drivers.

One of the highlights in retirement was going to the 100th running of the Indianapolis 500 with Loma Garmen and their wives. He and Loma have been friends since they joined the sports car club in the 60’.

Wilke had a strong work ethic, he valued family and he was very loyal. He was gifted with a wonderful sense of humor, humility, and always had a big brother smile. He was always willing to share his wisdom. He was able to make long-lasting friendships easily.

Wilke was a devoted and loving husband, father, brother and friend. He will be tremendously missed by all.

His family would like to thank the many caring family members, friends, neighbors, church members and ICU staff at St. Luke’s.