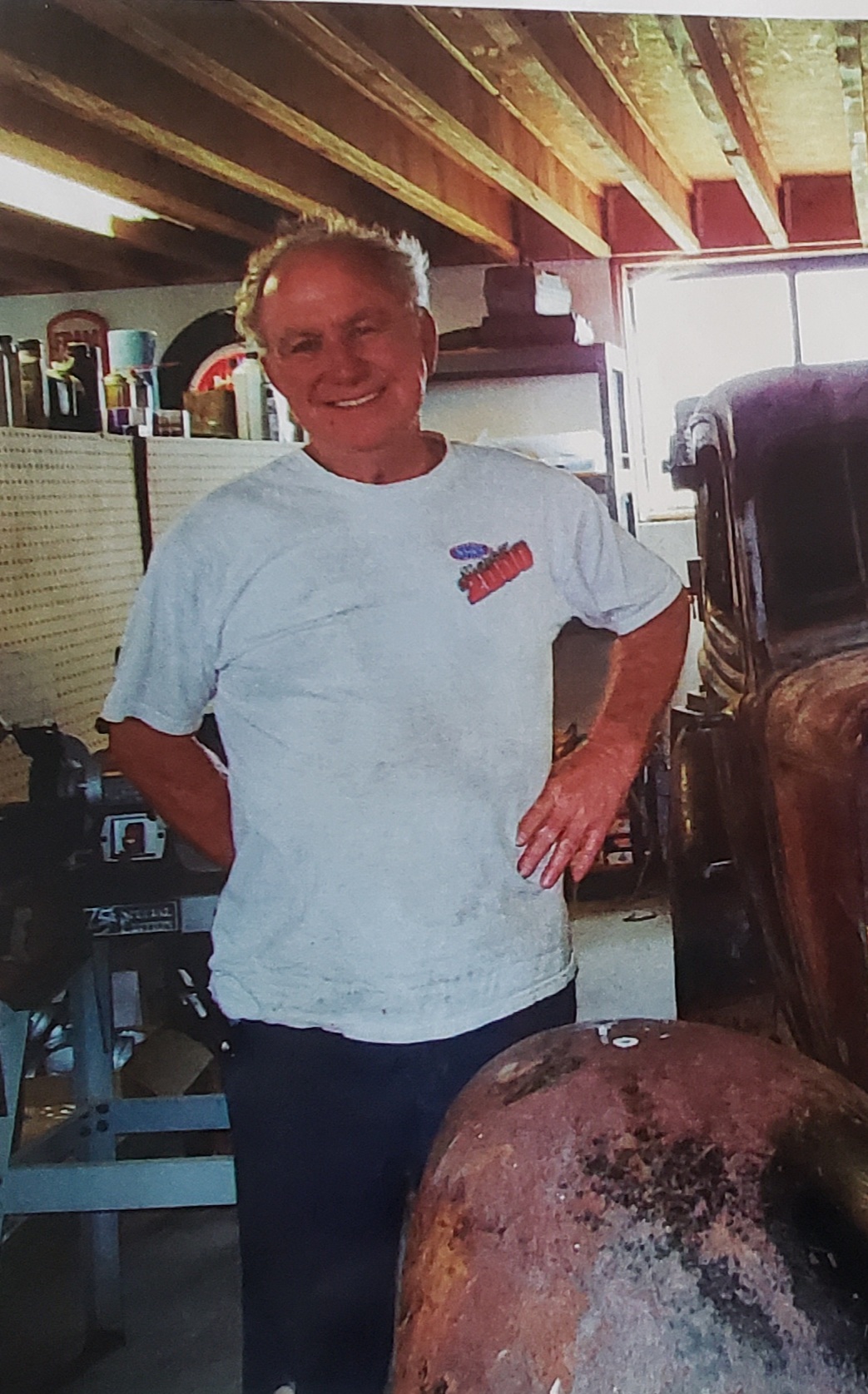 Wayne Melvin Johnson, Jr passed away on March 21, 2022 with his children by his side.

Wayne was born April 5, 1942 in San Diego, California to Wayne Melvin, Sr and Esther (Sorenson).  He was the 2nd of 5 children.  He grew up in Topeka, Kansas, and spoke fondly of spending summers on his grandfather’s farm.

He graduated from Seaman High School in 1960, and he served his  country by enlisting in the US Navy.  He was assigned to the USS Pickaway, a troop carrier for Marines on their way to Vietnam.   He served 4 years fabricating parts for the ship, and this is where he met his best and forever friend, Bob Rose.  After many shenanigans together, they left the military, but their brotherhood has remained.

Wayne married Twila Jo Metzger in 1965 and they moved to Culver City, California, where they welcomed their first child, Paula Jo in 1967.  They moved to Fresno and expanded their family in 1971 with the birth of their son Wayne Melvin III“Tige”. Upon the encouragement of his friend Bob, Wayne moved his family to Boise Idaho in 1972.  The next years were spent camping, boating, riding dirt bikes, and growing the most epic garden in the neighborhood. Wayne-was a talented  mechanic and had a passion for transmissions.  He built a successful career owning three transmission repair businesses, before finally retiring in 2005.

Wayne was known for his hilarious (and frequently inappropriate) sense of humor, being a loving father to his children, and his devotion to the sport of NHRA Drag Racing.  He loved country western dancing and car shows, and he was a regular fixture at Firebird Raceway.  He was adored by all his grandchildren, who he teased as often as possible.

He is survived by his children Paula (Darren) and Wayne III (Lisa); grandchildren Jessica (Riley), Leah, Wayne IV, Alyssa, and Emily; and great-grandchildren Elise, Wayne V, Gracynn, Parker, and Atlas (on the way). He is also survived by siblings Beverly, Delores, Elayne and Dennis.