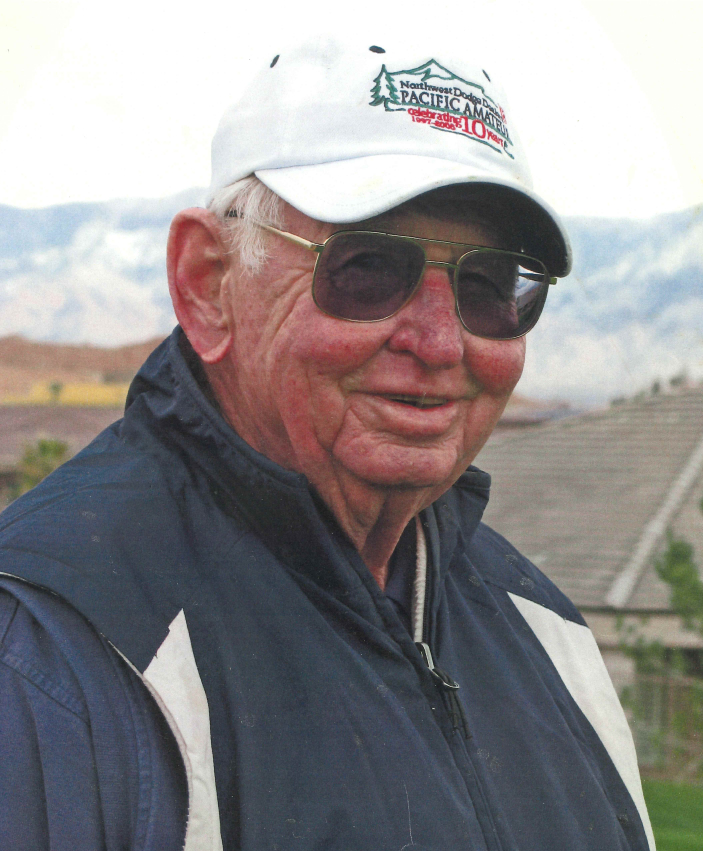 Wayne J. Finch died at home, on June 7th, 2022, at the age of 89.  He was born March 23, 1933, in Portland, Oregon to Edward and Gladys Finch.  The family lived in Albuquerque, New Mexico and Salt Lake City, Utah before returning to the family sheep business in Soda Springs, Idaho.  The family later moved to Pocatello, where Wayne graduated from high School in 1951.  Wayne attended the University of Idaho, and was a member of the ATO fraternity, before enlisting in the Army in 1953.  He served in Japan.  Wayne returned to the University of Idaho as a Business Major, after being discharged.

Wayne married Annette Dean of Pocatello in 1956.  They were divorced in 1993. They had two sons:  Douglas and Gregory.  The family lived in California from 1957 until 1970 where Wayne worked in marketing. He began his career in the insurance industry in Fresno, California prior to moving to Boise, Idaho.  Wayne sold multiple lines of insurance products in the Treasure Valley.  He worked for The Prudential for 20 years.  He retired in 1993.

Wayne caught the golf bug early in life and enjoyed playing many courses throughout the Western United States, including decades at Plantation Golf Club, where he got three holes in one. Wayne married Elaine Williamson in 1994.  They enjoyed years of playing golf together.

Wayne was preceded in death by his parents.  Surviving Wayne are his wife, Elaine, and his sons, Douglas (Robin) Finch, and Gregory Finch, all of Boise; and his brother Edward (Luana) Finch of Henderson, Nevada; and brother-in-law, Bob Williamson of The Villages, Florida.

Wayne will be laid to rest at the Idaho Veteran’s Cemetery. In lieu of flowers, donations may be made to the Shriner’s Hospital, Shriners Hospitals for Children, 2900 Rocky Point Dr., Tampa, Florida, 33607, donorrelations@shrinenet.org or First Tee, golf for kids, First Tee-Idaho, 208 South Cole Road, Boise, Idaho, 83709, https://firstteeidaho.org/donate/.