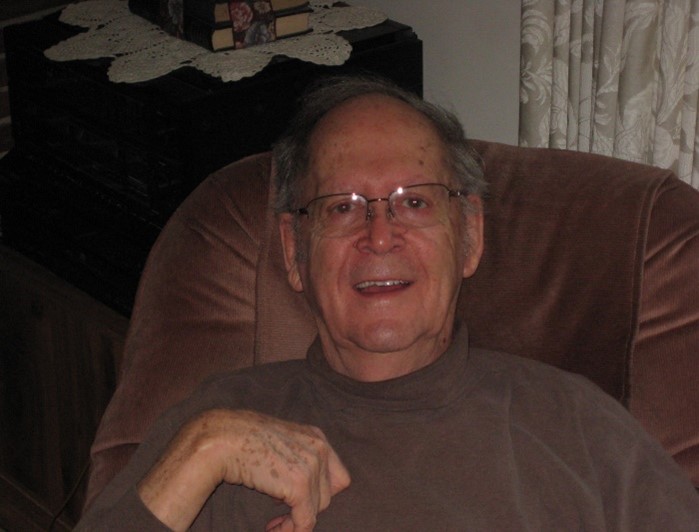 Wayne E. Wynkoop was born the youngest of four siblings to Edman George and Velma Patterson Wynkoop. As a child of the Great Depression, his family moved frequently. His elementary years were spent in various towns in Wyoming where he learned music under his mother’s influence, enjoyed book learning, and participated in church activities. As a youth he made the decision to accept Jesus Christ as his Savior and commit his life to God.

By Wayne’s sophomore year the family had moved to Seattle where his father took work at a military base during WWII. The next year found him living with his parents in a new house in Spokane. Wishing to finish school in Seattle, Wayne pedaled a bicycle from Spokane to Ellensburg, Washington where he did odd jobs until he could gather the money to take a bus the rest of the way and settle in a boarding house in Seattle. Wayne’s senior year was eventful. He re-enrolled himself in Queen Anne High School and sold newspapers to pay for room and board. He graduated on time in 1945.

Bethel Temple, his beloved church, was the center of his Seattle life. He studied scripture and developed a skill to teach. He participated in evangelistic street services playing guitar. He sang in a men’s quartet. With a book he checked out from the public library on music theory, he taught himself how to arrange music for that quartet.

In 1949, Wayne made the decision to join his parents on an evangelistic tour. It was at a revival meeting in Houston that he met Vera Lorene Freeman. Their relationship blossomed through a serious letter-writing campaign that led to a 62-year marriage and the birth of five children.

Shortly into their marriage, the couple moved to Filer, Idaho where they worked to establish a new church. From that point on, Wayne became an Idahoan. The early years in Idaho were frought with difficulty—the death of his first-born son, Kenneth Wayne; a fire that destroyed the travel trailer that was their home; as well as issues of making a living. Wayne’s ingenuity and hard-work saw the family through. He worked in the grocery warehousing business and established a music studio all while continuing to minister as a lay person.

In the fall of 1969 Wayne transferred to Boise. Knowing he may not be able to help his children financially through college, he had the foresight to purchase a home on the Bench within walking distance of Boise State. He lived in the same home until after the passing of Lorene in 2012. Wayne eventually made a career working as an accountant/programmer for the Idaho State Tax Commission.

Wayne Wynkoop was a constant learner—keeping up with technology, taking courses from Boise State, and reading non-fiction. He loved exploring the natural world, camping, and hiking. His favorite mountains were the Sawtooths, where he made many hikes and backpacking trips with his children.

Wayne served as a Bible teacher throughout his adult life. His own children were fortunate recipients of his knowledge. He served Lorene as caregiver throughout her long-term illness. He found opportunities to bless others with his music. He played many instruments, but his favorite was the accordion. He had a special way of turning Christmas carols into polkas. He possessed a dry and punny wit.

In 2013 Wayne married Clara Land. Together they enjoyed visits with family, playing Dominoes, tours of the West, and their condo with a view of the Boise Mountains. Eventually, the need arose for them to move into assisted living. Clara Land passed away in 2020.

Wayne Wynkoop passed from this life into his eternal life on August 27, 2021.

The Wynkoop Family is grateful to the folks at Edgewood Spring Creek, as well as the amazing hospice workers, who cared for their father with dignity and kindness.

A family graveside service will be held on Friday, September 3rd.

Sympathies may be extended through this website, via email debbywynkoop@gmail.com or mail at 2211 Colorado Ave Caldwell, ID 83605

A family graveside service will be held on Friday, September 3rd.