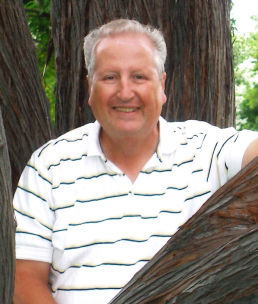 Walter Elhart passed away October 19, 2021 with his children and Cora, the love of his life and devoted wife of 55 years, by his side.

Born January 7, 1944 in Maywood, California to Jack and Wilma Elhart, Walt was the fourth of six children.  He grew up in LaGrande, Oregon and spoke often with fondness of his childhood and the many adventures he shared with his siblings, especially with his younger brother Kip.  That love and fondness continued to stories he told of the times he spent at his grandparents property in Union, Oregon where young Walt’s adventures continued.

In 1961 at the age of 17 he joined the military where he was stationed in Okinawa, Japan and Manilla, Philippines and eventually met the beautiful young lady who would become his wife, Maria Corazon. They shared a long distance romance writing letters to each other for years before finally tying the knot on September 6, 1966 in the Philippines.

Being in the military took them on adventures all over, from the Philippines to Taiwan and back to the states where they lived in Washington D.C., California, and Wisconsin.  Along the way their family grew.  In 1967 their son Edward was born followed by another son Marty “Mort” in 1968, daughter Angelina in 1972 and Louis their third son in 1979.  In 1981 Walt retired from the military after serving 4 years in the Marines and 16 years in the Navy and moved his family to Boise, Idaho where he lived the remainder of his civilian life working for the City of Meridian and later Micron Technology before his retirement.

He was his grandkids number one fan in anything they did whether it be sports – he never missed a game, dance, academics, video games, or just sitting with them and hearing how their day went.  Anything they did and the time he spent with them made his eyes sparkle with love and filled his heart with happiness.

Walt will be buried with full military honors at The Idaho State Veteran’s Cemetery at a later date.