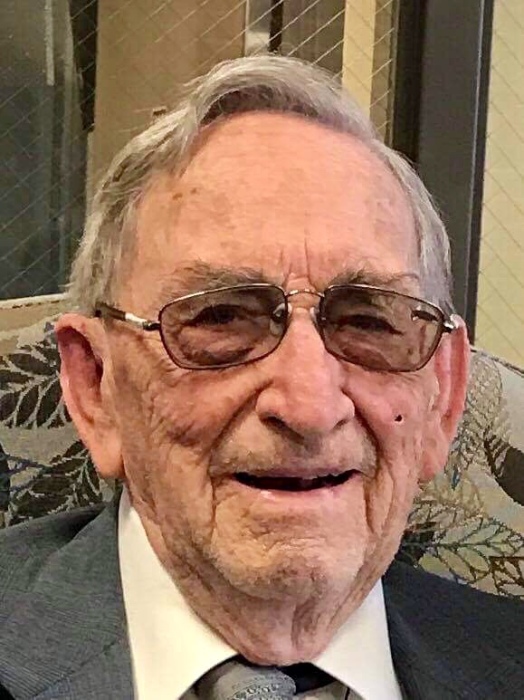 Wilber Harold Snow
Born December 27, 1922 – Died June 5, 2019
W. Harold Snow was born December 27, 1922 in Auburn, Nebraska, the second of 8 children to Mary D. and Howard A. Snow. He joined the Army Air Force in 1942 and was sent to China. After the service, he attended Nebraska Bible College and met the love of his life, Evelyn V. Smith. They married August 22, 1947.
Harold and Evelyn began his ministry in Columbus, Indiana, where their son Jim was adopted, then moved to Boise, Idaho where they worked in the Boise Children’s Home for several years. Their daughter Ann was born during that time. The little family spent a year in Homer, Alaska running the children’s home there. Jonathan was born then and Charles was born after they moved back to Boise. In 1960 Harold accepted a preaching position in Whitehall, Montana then, about five years later, transferred to Rio Dell, California where they completed their family by adopting Becky. When he retired from full-time ministry in 1972, the family moved one last time back to Boise.
Besides their five children Harold and Evelyn helped to raise many foster children, a few grandchildren and cared for more children than anyone ever counted. He often said, “Babies are just the sweetest thing in the world.” His love didn’t stop at babies though. Harold loved and was loved by almost everyone he met.
The most important thing about Harold, was how he loved his Lord. Jesus was everything to him. He wore a wooden cross necklace everyday from the day he received it to the day he died, because he wanted every one to know the Lord. Over, and over he would say, “Oh, God is SO good! He’s just so good.”
Harold was preceded in death by his wife Evelyn who died in 2010, his son Charles in 2001 and his son-in-law who passed less than a month ago. He is survived by his brother Bill Snow and his sister Lois and her husband Ronald Janicke, his children Jim Snow, Ann and her husband Steve Jones, Jonathan Snow and his wife Blace and Rebecca Seibert. He had 19 grandchildren, several great grandchildren, three great-great grandchildren with a fourth due in November. He was loved by hundreds of friends through the years and will be greatly missed.