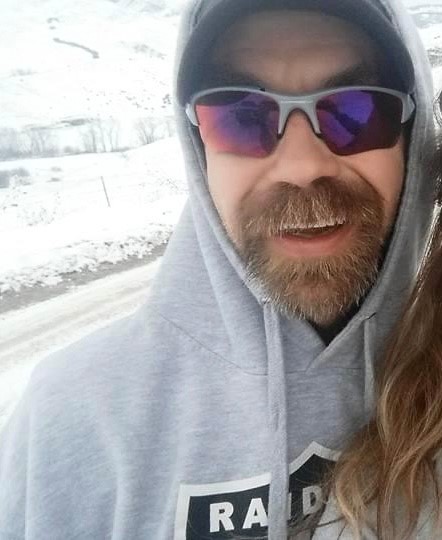 As a child, Von was adventurous and curious. With his father, he grew up enjoying the outdoors. He enjoyed golfing, hunting, fishing, leather working and dirt biking.

After high school, he continued his love and passion of being outdoors as well as becoming an avid auto and locomotive mechanic.

Von turned his passion of mechanics into his career as a test electrician at Boise Locomotive from 1986-1999. Later, he began working at Goodyear Tire in the Treasure Valley for many years.

He was a leader and a mentor to many people. He was an amazing friend who was honest, humble, loyal and well respected.

In January 2020, Von was diagnosed with stage 4 prostate cancer. He quickly began many rounds of intense chemotherapy and radiation at the St. Luke’s Cancer Institute. The staff adored Von. We are grateful for the care and support they provided Von and our family.

Von lived a fast paced life of non-stop adventure but always made time for his friends and family. From working on friends cars late at night to rafting the Payette River. Von always had a positive and outgoing attitude.

Von left a legacy of leadership and generously sharing his time, talent and expertise with those he cared about.

Von passed away 9/14/2022 at the young age of 55. He peacefully passed in his home in Garden City ID with his wife and family at his side. He will be remembered as a great husband, father, grandfather, brother, uncle, nephew and friend. He will be dearly missed by all who knew him.

Von is survived by his brothers Herb Sparks and Daniel Sparks and his sisters Sherry Douglas and Rexann Tate. He is processed in death by both his parents, Vonley Sr. and Donna as well as his brother Richard and sisters Louise, Glenna and June.

A celebration of life will be held Sunday, September 25th 2022.

A celebration of life will be held Sunday, September 25th 2022.