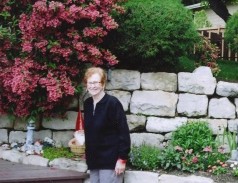 Virginia (Ginny) was born in McCall, Idaho on May 5th 1927. She was the oldest of five girls. She grew up in Council, Idaho graduating Council High School in 1945. After graduation she worked as a telephone switchboard operator in Council. In 1946 she married Warren L. Baker and from that union had two sons, Jim Lee Baker and Leslie Warren Baker. The family resided in Grangeville, Idaho from 1946 – 1960 whereas they moved to Riggins, Idaho. Riggins was their home until 1968 at which time they moved again to Boise, Idaho. During her time in Riggins she was a stay at home Mom raising her two sons which she loved dearly. After moving to Boise she found a home with the Morrison Knudson Construction Company as a PBX switchboard operator for several years before getting her real estate license. She worked with Era Westwind Realty for many years later retiring into her eighties.

She was preceded in death by her mother Pearl, her father Elmer,  her son Jim L. Baker, sisters Mildred Trask, Annie Taylor, and Genevieve James who passed away only 5 days after Virginia.