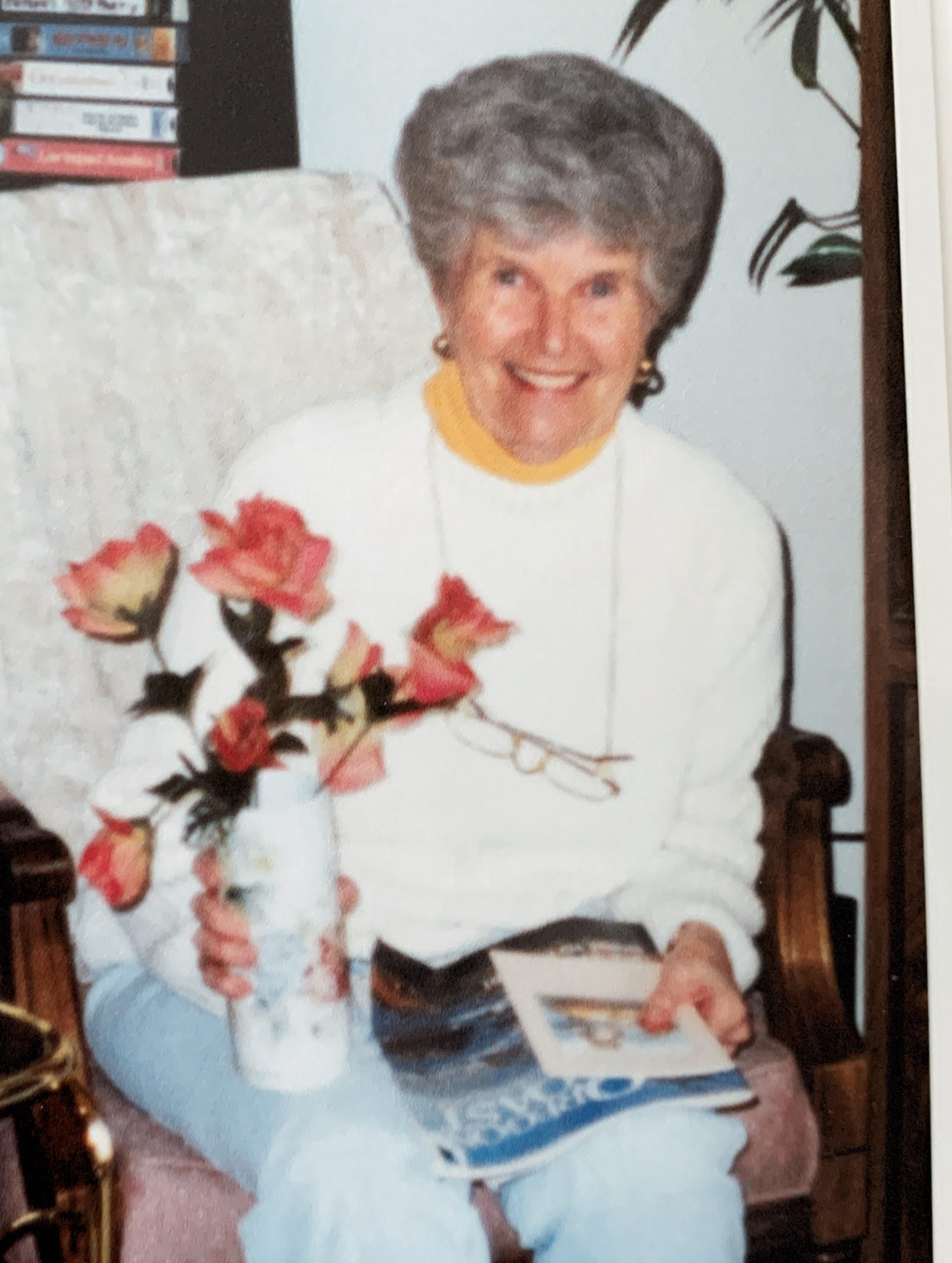 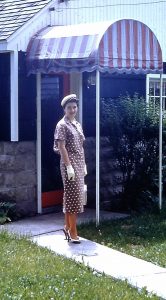 Virginia Lee Tye was born on April 22, 1929 in Mountain Home, Idaho to Arthur L. Tye and Gladys I. Campbell Tye.  Virginia, Sis as her family called her, was the second child born after Arthur L. Tye Jr., followed by James, Charles and Elsie (Jean).  After living in Mountain Home, the family moved south to Ely, Nevada.  Arthur became a blackjack-dealer and Gladys remained a homemaker.  The family moved back and forth between Ely, Boise and Springfield, Oregon.

Virginia graduated from White Pine High School in Ely, Nevada in 1947.  Her love of fashion and photography drew her to work in a photographer’s studio in Ely colorizing black and white photos.  Using her pay from her work, she saved her money to buy 78 (speed) records of her favorite Big & Swing bands.  For fun, Virginia sang with a local band and was a natural performer.

Before losing her father to lung cancer the family moved from Ely to Boise, where they lived with Gladys’ sister.  The loss of her father was difficult, but not as long lasting as the drowning of her younger brother Jimmy.

At 5’1” she was disappointed to learn she was too petite to become a flight attendant; undeterred she decided to take flying lessons out of what is currently the Idaho State Fairgrounds.  Her continued love of photography led her to a position at Ansgar Johnson’s photography studio in Boise.  Ansgar took her wedding photographs and her 50th wedding anniversary photo.

Virginia left the photography studio to work at the Idaho Transportation Department.  In the summer of 1956, she met Robert D. Phillips through her brother Charles, who had been a student of “Mr. Phillips” at East Junior High in Boise.  Three months later they were the last couple to be married in the Armory at the Veteran’s Home in Boise.

By 1960 Virginia and Bob had three small children, Suzie, Jay and Mitzi and had moved from Boise, San Fernando, California and then to Portland, Oregon, where their fourth child Angela was born.  While in Portland Gladys came to live with the family.

From Portland the family moved to Eugene, Oregon, where Virginia began to take art classes.  They moved from Eugene to Renton, Washington and finally returned to Boise in 1969. Bob and Virginia built 5 homes and moved 11 times in their 57-year marriage.

Not long after returning to Boise, Avis (Shorty), Bob’s mother joined the family and lived in their home with Gladys and the family.  It was then that Virginia returned to work at the Idaho Transportation Department. Virginia retired in 1994 from ITD, Division of Aeronautics her love of flying never died.

During her “free” time Virginia continued her art education, taking oil painting classes from Barbara Ragsdale in Boise.  Those paintings are coveted pieces that hang in her family’s homes.  Another passion of Virginia’s was calligraphy, taking lessons through Boise City Parks and Rec.

She excelled at lettering, writing even grocery lists in calligraphy.  In later years, she fell in love with china painting and fired her china at home in her own kiln, winning many blue ribbons at the Idaho State Fair.  Her friends and family treasure the pieces she gifted them.

Virginia was always a lady, but also a good sport. She enjoyed a good game of tennis, bowling and riding her bike on the Greenbelt.  After they both retired, Bob and Virginia, took annual trips to the Oregon Coast, camping in McCall in their camper with their little dog Sammy, trips with the Shriners to San Francisco and ultimately, the trip of their life, a tour of Italy.

After losing Bob in 2014, Virginia lived in the last home they built as long as she could.  In 2006, Virginia developed a seizure disorder, and in 2016 she suffered a stroke.  In her final years, Virginia, fell prey to memory loss and her bright personality began to fade.

Even through her confusion she would always ask, “What have you been up to, have you been on any trips, are your planning on going on any trips, have you done anything fun?”  Up until the end, she could tell a good tale and could deceive even the most discerning physicians and nurses.

The family would like to thank her care facility, Emerson House at River Pointe, and Finding Home Medical, for the tender care they provided during the last ten months of Virginia’s life.

In lieu of flowers, the family suggests that donations to: Boise Art Museum (boiseartmuseum.org) or, The Idaho Anne Frank Memorial (annefrankmemorial.org) in Boise be made in Virginia’s name.