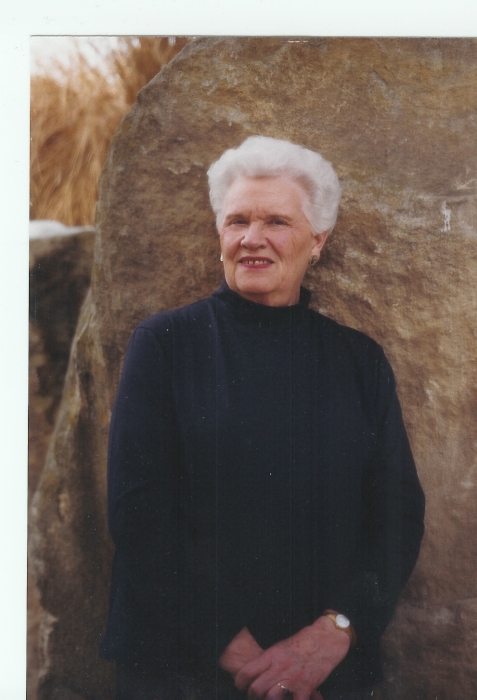 Venice Gossard (Mom) was born on February 26, 1929, in Henrieville, Utah to Marie Smith and Elijah Goulding. She moved to St. Anthony, Idaho when she was a year old and spent 8 happy years with Marie’s large and loving family.

After graduating from high school, Mom had the opportunity to go help her Aunt Dot, who had 4 small children and was living in San Diego. Mom was fond of saying that she boarded the bus, leaving Ohio in a snowstorm and arrived in beautiful San Diego 4 days later and she never looked back.

A year after her arrival she met a young sailor named Charles (Chuck) Gossard and they married on August 27, 1948.  While Mom was pregnant with her first child and Dad was away at sea, it was decided that Mom should go to Beaver Falls, Pennsylvania and live with Dad’s family. She fell in love with the Gossard’s and they, with her.  It was a good thing she was there because she was very sick during this first pregnancy. Mom and Dad were blessed with Charles Michael (Goose) Gossard on July 22, 1949.

Over the next 20 years, Mom moved often and she had 3 more children, Laurence (Larry), Pamela (Pam) and Melanie.  Mom said often that her greatest role and biggest gift in life was being Mom to her 4 children. We were blessed with the most loving, compassionate and amazing Mother.