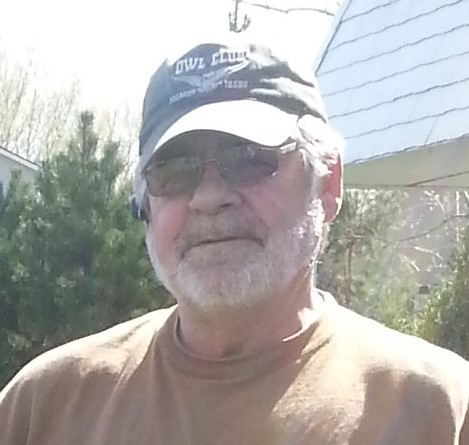 He was born 12-29-1951 to John W and Mary L (Geissler) Calhoun.  His school years were spent in the Pierce Park and Highlands area of Boise, graduating from Boise High in 1970. He was very active in sports throughout his school years. He was still in high school when he started coaching his sister’s softball teams and kept at it for many years.   He loved coaching and managing teams continuing throughout his whole life.  He was on several adult softball teams and flag football teams making forever friends.  He married Peggy (Dillard) and having two sons, Jason (aka JT) and Michael, he started their paths of sports activities while they were very young.  He was proud of the many years with Northwest Ada Little League beginning with the boys in T-Ball and up to the very end of their Major League years. A highlight and quite the honor for him was when he was voted Manager of the Year in 1992 at Western Regional Little League in San Bernadino, CA.  The Allstar teams were always really special, as was the trip to State and Regionals that year. He also served on the Board of NWA. He was very dedicated to every team and kept the playing fields in prime condition, as well.

Todd met Gaile (Hensley) in 1988 and whole heartedly welcomed her and her three boys, John, Nolan and Jay, into his life.  During their school years, the boys brought many, many of their friends with them, coming and going, living in and out of the house. All of them being treated just like family.  As adults, the boys have also brought our “borrowed daughters”, Kelly, Megan, Courtney, Mollie, Jeanette and Erika into our lives that he very much cared about and had such special relationships with each one.

Todd continued to be very involved with supporting and following the boys their variety of sports. The boys played mainly in football, baseball, wrestling and band performance; then added in BMX, rugby and motocross as adults.  As their families continued to grow, it was Todd’s pure joy spending a great share of the last 20 years cheering and encouraging while he watched the grandsons excel in their sports activities, fishing with him on his boat or just playing and talking with him during a visit. Always the very proud Grandpa!! It became tradition to share a drink from his big orange water mug or a Chocolate Klondike Bar, usually while watching his favorite old cowboy shows.  His ringtone was a clip of the Rawhide Theme song. The Chicago Bears and BSU Broncos were his lifetime favorite sports teams.

Another claim to fame was to barbeque, being camp cook and a supplier of all things even remotely possible that might be needed.

His Beef Ribs were enjoyed by many that knew how delicious they were.  His sisters Sandy (Scanlan), Judy (Calhoun) and Teri (Phillips) always begged to have him fix them some. He had so many memories of camping trips, poker games and having fun with lifetime friends from school, his softball teams, (especially the Tap-A-Keg crew and family), his buddies from work (the best years being at Tennyson Transfer and Storage), the BSU Game Bus Gang, our dart teams, friends from his six years enlisted with Gowen Field Air Force and so many others that he deeply cared about.

He was also a well-known and well-respected business owner. TC Post and Signs was started as a side gig for beer money.  It grew out of that quite quickly becoming a fulltime mainstay providing services for real estate agents and making mailbox stands for about 25 years.

“Anderson Man Camp” in June; the ultimate Spring kick off to summer that he and buddies started decades ago. The planning and prepping happens year-round for this annual event. So many stories have been created to retell and hold as memories. “No women, no kids, no pets, attendance by invite only”.  The boys were included after each turned 21, bringing their friends adding another generation of “fishing tournaments”.  In August, he set up the traveling kitchen at the Corner Club annual party. Preparing and serving breakfast was our contribution to the festivities and he helped with the BBQ. That kitchen and the supplies filled a trailer! He enjoyed camping, loved hanging out around a good campfire and being with fun people anywhere at any time.  Todd always owned a boat for fishing trips and duck hunting. Fall game bird hunting with friends was an annual outing as well. Grandjean was another place that was special for him during summer months.  He rode horses when he was young, bucked hay a few seasons in Jordan Valley, helped on the family goat farm in Meridian and his Grandparents ranch in Pearl and Kuna and very content to live in the Boise area.  Always ready to lend a hand if anyone needed something.

He bought daily lotto scratchies and going to Jackpot; they never yielded much but he liked to try! He had a CD of Alabama Music that was perfectly timed for the final stretch from Twin Falls to Jackpot that blared full blast for excitement and high hopes.

He is dearly missed by his large family and multitude of friends. Everyone will always hear him say his “infamous quote” with a big grin, a hand gesture and hearty laugh; knowing it really meant he cared about them. Oh, and his calling loved ones on their birthdays and singing the birthday song to them.