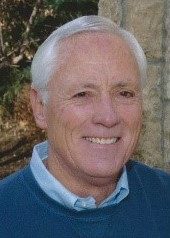 Thurman “Warren” Wardlow, 86, passed away peacefully May 4, 2021, after a long struggle with dementia.  After the passing of Annemarie, his wife of 55 years, Warren was warmly welcomed into the home of his daughter and son-in-law, Renee and Robin Pearl.  There he lived out his remaining years surrounded by the love of his family and his adopted family, the wonderful caregivers of Angelwings Assistants.

Warren was born January 8, 1935, in Porterville, California, to Elmer Kelly and Bertie Rebecca (Ricks) Wardlow.  As a boy, Warren, his younger brother Ronald, and his parents lived in Los Angeles County.  Warren attended Leuzinger High School in Lawndale, CA, where he fell in love with football.  After graduation he went on to play for Cal Poly San Louis Obispo, El Camino Junior College, and Long Beach State.  While in college, the once scrawny little kid from Porterville made himself into a talented lineman, tipping the scale at over 220 pounds.  Highlights of his football career included playing in the Junior College Rose Bowl in Pasadena with his teammate Bobby Beathard, a future NFL Hall of Famer, and playing against another future NFL Hall of Famer, John Madden, while at Long Beach State.  After college, the NFL’s Washington Football Team showed some interest in him, but it was fleeting.  Not ready to call it quits, though, Warren had a brief career at the semipro ranks.

On December 17, 1960, Warren married Annemarie Gorissen.  Warren and Annemarie settled in Gardena, CA, where they started a family.  In 1975, with a desire for a little land and a little less smog, they moved the family to Idaho, building a house on five acres in Star. They became hobby farmers, growing alfalfa, raising a handful of cattle, and acquiring a horse for Renee.  With the help of Warren’s parents, they also built a cabin in Cascade.  Once the log walls, windows, and roof were in place, Warren had his getaway in paradise.  His idea of the perfect weekend was heading to the cabin with his tools and the supplies needed for the next project.

Warren was a mechanical engineer who never started a project without first putting pencil to paper to draft a blueprint.  Upon arriving in Idaho, Warren went to work for Agri-Lines Corporation (now Parma Company) for a year where he worked on the development of sugar beet harvesters.  He was then hired by Hewlett Packard where he worked for several years until he retired.  On July 13, 1993, Hewlett Packard was issued U.S. Patent 5226742 for “Method, apparatus, system and circuitry for controlling the paper motion and accumulation at the output of a high speed impact printer and the like.”  Warren and two of his colleagues are credited on the patent as the inventors.

Warren was preceded in death by his wife, Annemarie, and his brother, Ronald Gene Wardlow.  Uncle Ron, as Warren’s kids referred to him, is survived by Aunt Carol (Webster) and son Scott Wardlow.  The entire Wardlow Clan is indebted to Cousin Scott for being the family’s chief genealogist.

The family would like to express its deepest gratitude to Sue Manning-Hencley, her children, Jeremy and Chantell, and the wonderful staff of Angelwings Assistants for the loving care they provided Warren during the last years of his life.

In lieu of flowers, memorial donations may be made in Warren’s name to the Alzheimer’s Association, https://www.alz.org/. Thank you.

In lieu of flowers, memorial donations may be made in Warren’s name to the Alzheimer's Association, https://www.alz.org/. Thank you.