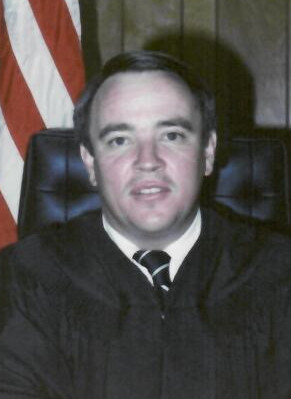 Once in a while you meet someone who exemplifies “Having Passion for Living.” For us it was Thomas Rhea Cushman who passed away quieter than any of us expected he would go on September 2, 2020.

He lived life with an authentic zeal that many of us strive for and few are able to achieve. Certain parts of his life were more integral to him than others (Florida Gators, US Marine Corps, his wife, children, skiing, and golf). If you had a brief interlude with him, you would see this love from the first moment.

He lived his life without apology and worked hard to make the world a better place. His career as a Marine, pilot, lawyer, prosecutor, legislator, judge, public defender, and water court special master was dedicated to making his country and Idaho safer and fairer. The American flag always flew; other flags he might choose depended on the day or season.

He had the rare quality of being the life of the party while being exceptionally private at the same time.  Because of this, you may not be aware of the things that made him the man who will be missed by our family, as well as Holland America cruise lines where he and Gail spent a considerable amount of time and money, and the Jameson Whiskey Distillery.

His parents A.Richard Cushman and JoAnn Ganey Finlay were New England natives.  As a boy, he was born and reared in New England with five siblings. Nan Schieber (Jon, Deceased), Mary Dinsmoor, (Andy), Austin “Dude” Cushman (Rose), Eugene Cushman (Ebet), Kate Cushman. Their family lineage that can be traced directly to the Mayflower, because of this he developed a deep appreciation and love for history, and could name all the presidents and vice-presidents in order, as well as recite the Gettysburg Address, and did at numerous awkward times according to his children.

He moved to Idaho after Law School with his wife, Gail. She is an Idaho native, he loved the small town  family oriented lifestyle Idaho offered.  His work life always centered around the law in Idaho, with time spent as a judge in Gooding, Idaho state legislator, a special master for the Snake River Basin Adjudication, Boise County prosecuting attorney, public defender in Orofino, and in private practice.

His interests spanned a wide spectrum.  He loved to cook, read, dance, sing, ski, golf and travel.  He dabbled in writing and wrote a book about his Vietnam service.  Never one to accept the norms or mediocrity, he custom made his own golf clubs, won dance contests, starred as the lead in Brigadoon with Pfizer Players, He did participate with multiple musical productions while living in New England.  He loved water, boating, and worked at Guthrie Beach and the Yacht Club for a couple of summers. As an adult in Idaho he would race down the hill from skiing to get in a quick nine holes.  He insisted on being surrounded with flowers, saying that flowers are the mark of civilization. The love of travel was shared with his lifelong companion and adventurer, Gail, and together, they visited all 50 states, 30ish countries, and all 7 continents.

He was particularly proud of his service to his country in the United States Marine Corps, but it was this service that ultimately took his life.  If you have a loved one who served in Vietnam, you may understand the power of Agent Orange.  That chemical reached her jagged hand through the decades and zapped him.

One of the hardest losses for us and possibly him was his loss of speech.  The other component it took was his independence and physical strength, but not his spirit. He was a Marine, through and through, never gave up, moving forward, never regretting the past.

He loved his wife Gail, kids, Elizabeth and Chris Hume (Eagle) and Cole and Pam (Nome, Alaska). His love of his grandkids was endless and Nathanial and Tommy Cushman, Roe and Maggie Hume are his proudest legacy.  He expected them to sing, dance, love flowers, learn the Gettysburg Address, and be able to name the vice presidents, in order! Oh, and always be first in everything!  He also leaves behind his siblings, many cousins, 24 nieces and nephews their spouses and children.

Tom and Gail were married for 53 years and never looked back.

He spent his life all in with whatever he was doing, he scrambled for odd jobs as a kid, worked several jobs as a teenager, learned to pilot and later instruct in the Military. As a Law professional he was an active leader in his communities.  He was never one to hide quietly in the corner.  His life was spent with a competitive spirit and always strove to win the argument or have the last word.  He spent his last years mostly silent.  Perhaps his last word was how he demonstrated to his family to accept the things you cannot change and to live with grace and honor in your last days.

His favorite charities were the Marine Corps Toys for Tots program and St. Jude’s.

His family asks if you wish to honor his memory to do so with:

Services will be September 22, 2020 at the Idaho Veteran Cemetery   2pm.  For a live stream of the services: https://www.bowmanfuneral.com/livestream/ Password:  bowmanlive.

A celebration of life will be scheduled in 2021 after all of the craziness settles down. To be added to the invite list please email TCushmanLaw@yahoo.com

Services will be September 22, 2020 at the Idaho Veteran Cemetery   2pm.  For a live stream of the services: https://www.bowmanfuneral.com/livestream/ Password:  bowmanlive.

A celebration of life will be scheduled in 2021 after all of the craziness settles down. To be added to the invite list please email TCushmanLaw@yahoo.com