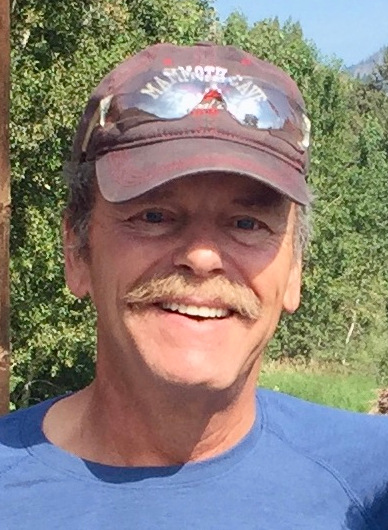 Thomas Edward Quinn of Boise, 64, passed away peacefully on November 8, 2020, with his wife by his side. Tommy, as he often was called affectionately by family and friends, tried valiantly to recover from a heart attack but it was not to be.

Born in New York City on February 6, 1956, Tom was raised in Manhattan where he attended Rhodes school. His senior year, his family moved to their summer home in Seelyville, Pennsylvania, where he graduated from Honesdale High School in 1974. He married a local lady, Diane Carney, but that marriage ended in divorce after several years.

He entered the Air Force and served honorably for 11 years. Most of his time was spent in the EOD or “bomb squad.” Tommy loved to tell stories and he often would amuse others with interesting tales from his experiences during those days. An acquaintance unfamiliar with military abbreviations once asked Tommy what the EOD was.

“Did you ever see the movie Hurt Locker? We did the same thing they did only we didn’t have the robots, dogs, and fancy suits. We just learned to run very fast!”

Although it made for an entertaining anecdote, it was the truth and was Tom’s experience in those days before high technology assisted. He served bravely during those 11 years and often engaged in hazardous duty. After being stationed in Mountain Home for several years, he loved it in Idaho so much he made it his permanent home.

He held numerous jobs after leaving the Air Force but Tommy was most at home working at TruGreen where he was employed for approximately 17 years. He loved working outdoors and taking care of trees, shrubs, and lawns. Tom was a favorite among all his customers and often won top customer service recognition locally, regionally, and nationally within the company. He worked many, long hours but thrived on it and enjoyed having the cold winters off.

He married Maxine Musick Foster and they stayed happily married until she passed away in 2014.

In 2016, Tom met his current wife, Diana Papili, and they married in 2018. They spent four years together very much in love and just happy to be together. But they also enjoyed travel, bicycling, snow shoeing, and numerous adventures in their new camper.

Tom was preceded in death by his mother & step-father Carol & Tony Genovese, his grandparents Clyde E. & Helen Quinn, and his wife Maxine.