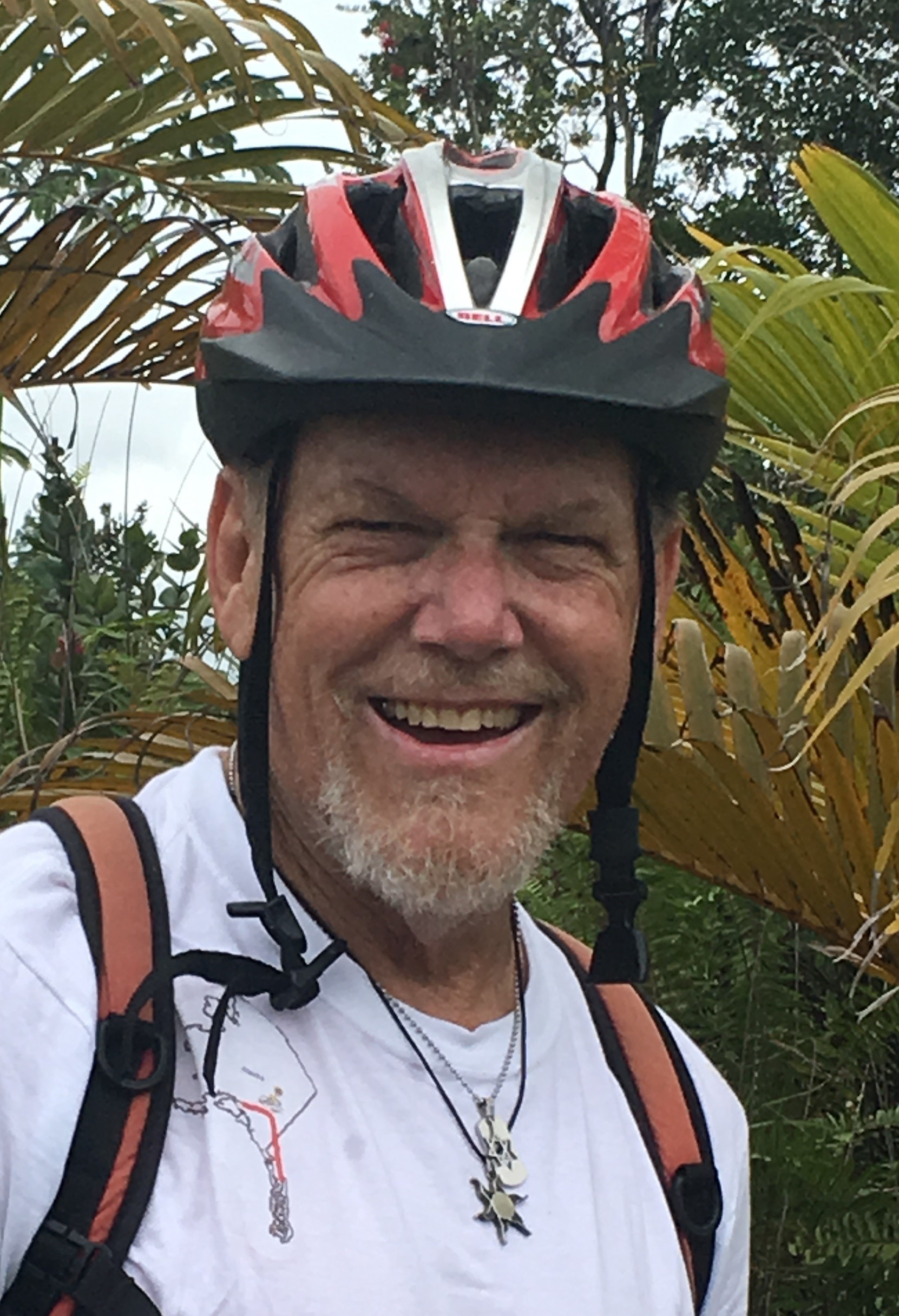 Terry was born to Virginia McKay in Blackfoot on November 23,1947.   He lived in Blackfoot only a short time and lived in several places in the valley – Weiser, Nampa and Kuna.  He graduated from Kuna High in 1966.  Following high school, he worked for the Sugar Factory for several years.  While working there he became interested in politics of the time and printed a two-page paper called My Brother with a friend, Gary Starr.  His interest in politics led him to be involved with an Anti-Viet Nam War coffee house in Mountain Home, where he met the love of his life, me, Freddie Fisherman, and we were married in 1973.

He began Boise State University and accumulated enough credits for a degree, just not in the right amounts for a specific major.   He worked at several jobs along the way -Correctional Officer, State Eligibility and Child Support officer, owner of Undercover Diaper Service, supervisor of bus drivers at Meridian School District (now West Ada); but his most favorite job was driving a school bus, especially for Kindergarten kids.

Terry and I had a busy year in 1978 becoming the parents of two babies Lyalka in January and Rachel In September.  Seven years later we became parents of a third daughter, Hava.

Now, some more of the highlights of his life.   Running and bicycling were his main sports interests.  He proudly finished the New York Marathon in 1987 and ran the Race to Robie Creek with our daughter Rachel (Posh) when she was 9 years old.  He rode his bicycle in all 50 states – finishing it up in Hawaii with his grandkids going with him to complete his last state there.  He rode across the US twice -once with Lyalka when she was 14 and the other time with me when we were 66 with a Jewish environmental group, Hazon.  There were many more bike rides- Terry rode the length of the Baja by himself, we rode across Cuba for our 60th birthdays, we did the Natchez Trace, he and his sister Julie rode from Springfield, Missouri to Springfield, Illinois, we rode from the Lebanese -Israel border to Jerusalem and he and friends rode the Dempster Highway, Canada. Terry rode RAGBRAI twice pulling our daughter Hava in a trailer.

Then there were the two times he was proud to be arrested with the Add the Words Protest.  Terry ran for the Democratic nomination for Congress in 1980 and was a “close second “.

He enjoyed traveling and frequently included his beloved grandkids – there were the trips with Mercedes to Alaska and White Horse, Yukon to recite Robert Service poetry at the local museum.  He also took her to pool tournaments in Arizona and Minnesota, Gage to New York and Washington DC, Tyler to a Rockets game in Salt Lake, Hailey to Aruba, Elias to Austin, Texas and all of the grandkids in a SUV to Alaska for a month ages 3-14 at the time.  Mercedes and Hava fit in the motorcycle sidecar together when we traveled from Tennessee to Boise one Spring Break.

In September 2010, after living with a Jewish wife in a Jewish home for 37years, Terry officially became Jewish.  He enjoyed wearing a yarmulke all of the time as a way of engaging and educating people and sharing stories. He was honored to be asked to teach religious school and taught for several years and felt a bond with his student. One way he made connection with his students as well as bus kids were his fancy, way out, character knee high socks. With over 150 pairs he always had a different pair on. He liked to be known as the sock guy and would compare his with the kids to see who had the “best”.  Another important component of his religious activities was Talmud study every Tuesday.  He enjoyed the challenge of the studies and the camaraderie of the regulars who attended. He felt the COVID year has been difficult – Talmud zoomed is just not the same. He was also thrilled to speak at Mercedes’ Bat Mitzvah and Tyler’s Bar Mitzvah.

Terry also felt a gentleman had to wear a hat – not quite as many hats as socks but certainly a variety that line our hallway.

Together Terry and I traveled to Eastern European countries, to a safari in Tanzania and Kenya that in Paris taking the Chunnel to London. He and our daughter Lyalka went on many adventures when they toured Burma, Laos, Viet Nam and met up with Hava and I to finish the trip up in Thailand and Cambodia.

Terry had recently built a shop with a bar, pool and snooker table.  He was unable to invite many people over because of the pandemic – but one of his legacies he hoped would be that his grandchildren that he taught (and on an occasion beat him) will continue to play snooker – the game that he so dearly loved to play.

Other important points in his life were our weekly dates to the Flicks – we began to purchase annual tickets and never missed a show for several years – maybe even 2 a week! And I know he intended to boast about being at the greatest football game ever played – the Fiesta Bowl of 2007.

I would like to thank the Bone Marrow Transplant team and especially Dr. Kreisle and the nurses and support staff of Four South at St. Luke’s Cancer Center.  They were always supportive and helpful even when Terry was a bit cranky.  You gave Terry 11 years after diagnosis and a chance for more time.  You were all very special to us.

Terry wasn’t ready to go as most people for he still did have an ambitious to do list.  He had a novel sketched out and researched, planned a bicycle tour of Viet Nam, planning a trip for a moose hunt and a tour this fall with friends to Vienna, Berlin, Prague and Vilnius.  But then he was never without a bicycle trip planned. Terry recently started saying he had some regrets in his life – but no complaints.  He appreciated each day.

We loved him and will miss him.