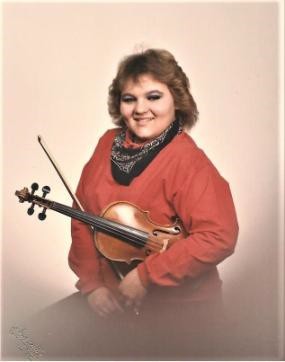 Tammy was born in Baltimore MD, the daughter of Richard Michael (Mike) and Elizabeth Ann (Betsy) Munkres. As a small child, she lived with her family in Casteau, Belgium and San Antonio, Texas, before moving to Boise, Idaho in 1973. She attended Boise elementary and secondary schools and Boise State University. She was the first girl on an all-boys Boise Youth Soccer team and, due to her abilities, quicklyearned the respect of her coaches and teammates. She also played YMCA softball and was an Idaho Statesman Newspaper Carrier for several years. She was very musically talented, played violin with the South Junior High, Borah, and BSU Orchestras and won several awards at Boise Music Week events in violin, piano, and voice.

Tammy put her college education on hold during her freshman year at BSU in order to focus on family and personal matters. Over the next 20 years, her main focus was raising her three boys and her dogs. She was diagnosed with cancer in 2004 and had surgery at the Hunstman Cancer Institute in Salt Lake City. As a result of the surgery, she developed Lymphedema and related complications, which would plague her for the rest of her life. In 2007, despite her ill health, she graduated, with top honors from Medical Coding School and re-enrolled at BSU as a full time student majoring in Anthropology. She made the Dean’s List in 2008, 2009, and 2010, and was nominated for a lifetime membership in The National Honor Society of Collegiate Scholars. Also, despite her handicaps, she earned a YMCA award for exceeding her health and fitness goals, of which she was quite proud. Failing health forced her to terminate her education one semester short of her degree.

Tammy was a loving and giving daughter and mother, sacrificing much of her own life and ambitions for those of her children. She will be greatly missed. She is survived by her parents, Mike and Betsy Munkres of Meridian; her three sons, Treagon, Devon, and Christian; one granddaughter, Sara; two brothers, Anthony (Tony) of Great Falls, MT and Troy of Kuna, ID; and nieces and nephews in Montana, Minnesota, and Idaho. She was preceded in death by her grandparents, Francis (Tommy) and Grace Thompson of Boise and Richard and Zelma Munkres of Idaho Falls, and her baby sister Tracy.

Her family would like to thank the medical, administrative, and support staff of The Orchards of Cascadia in Nampa for the outstanding and compassionate care that Tammy received for over three years, while a resident there. She had many close and caring friends among the staff at The Orchards. Her family will remember you always. We would also like to thank Treasure Valley Hospice for the excellent care they provided during the final days of her life.

Tammy will be interred at Dry Creek Cemetery. Services will be private and limited to immediate family only.

Tammy believed passionately in the angels of God and spoke of them often. The angels have come for her now and her soul is with God.