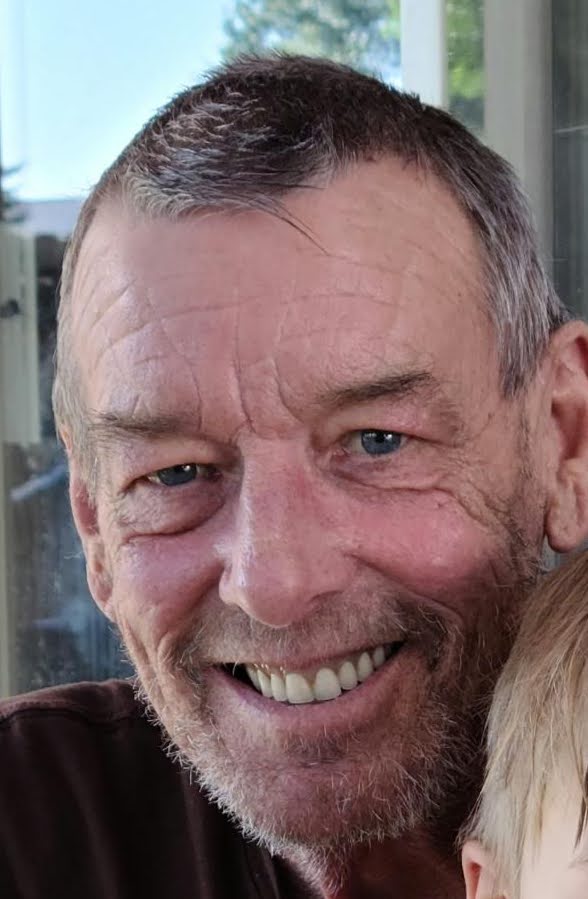 Tad Roy Hackett passed away on October 28, 2021 at the age of 70 at the Veterans Affairs Medical Center in Boise, Idaho.  Tad was the eldest of four siblings born on November 26, 1950 in Portland, Oregon to parents RoJean (Hackett) Hochstrasser of Caldwell, Idaho and Russell Hackett of Multnomah, Oregon before later moving to Boise.

Tad grew up in the Highlands and attended Sacred Heart Catholic School and Bishop Kelly High School.  He graduated with his classmates as the inaugural class to complete all four years at the new high school in 1968.

After high school, Tad served for four years in the United States Navy.  He fell in love with submarines and completed active duty with stints in Russia, Vietnam, and Hawaii amongst others.  Fireman Hackett was even awarded the Navy Commendation Medal in 1970 for his heroism in saving a child from a car that had plunged into a pond and sank.  Up until his death you could find Tad telling stories about nuclear submarines, wearing his dolphin pin, and generally reminiscing about his youthful adventures.

After the Navy he attended Boise State College.  Tad worked summers at the famous Middle Fork Lodge along the remote backcountry along the Middle Fork Salmon River.  He later met Carla Erickson, of Seattle and the two were married in 1977.  Together they had two children.  Eric was born in Boise in 1980 before moving to Seattle where Megan was born in 1983.  The family moved back to Boise in the mid ‘80s where Tad lived the rest of his life.  He spent most of his career as a self-employed handyman.

Tad was adventurous throughout his life loving to hunt and fish with a special affinity for Stanley, Redfish Lake, and the Salmon River.  He enjoyed camping, swimming, and gardening.  Easy to love, Tad made friends everywhere he went and was endeared by family, friends, neighbors, and anyone he encountered.  Bapa/PT was especially proud of his two children and his five grandchildren, all in Boise until his death.  He will be missed for his quick wit, joyous attitude, and funny stories.

A committal service, with military honors will be held promptly at 2:00 pm, on Monday, November 29, 2021, at the Idaho State Veterans Cemetery, 10100 N. Horseshoe Bend Rd. in Boise followed by a reception at Eagle Springs Community Center, 10101 W. Big Springs Blvd.

A committal service, with military honors will be held promptly at 2:00 pm, on Monday, November 29, 2021, at the Idaho State Veterans Cemetery, 10100 N. Horseshoe Bend Rd. in Boise followed by a reception at Eagle Springs Community Center, 10101 W. Big Springs Blvd.