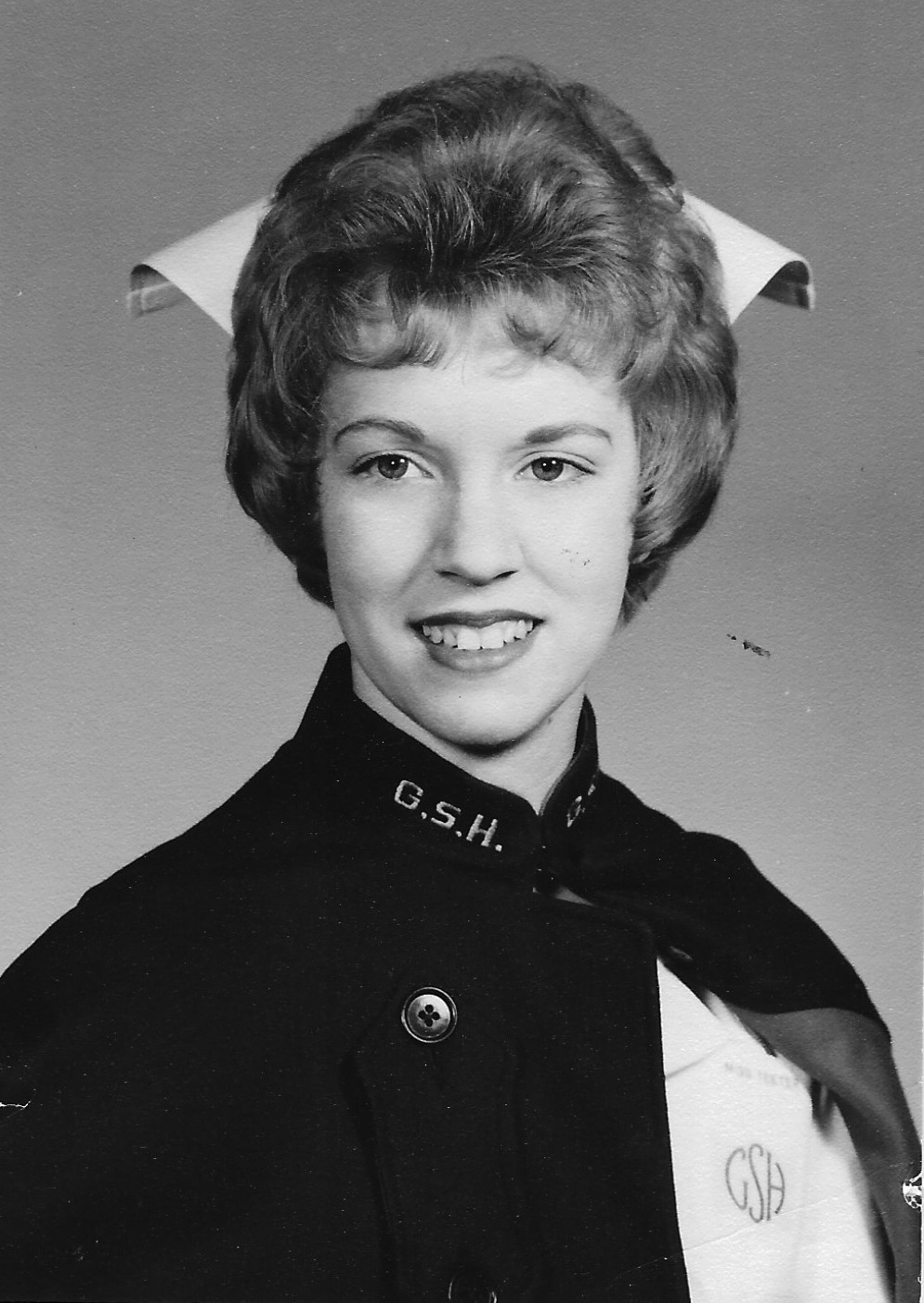 Susan Darlene Teeter passed away on April 4, 2020, finally released from her long struggle with dementia.

Susan was a force of nature – passionate about living life and surrounding herself with people whom she loved and who returned that love. This included a young nurse on her first day at Mercy hospital to whom Susan declared, “we need to stick together”, beginning a lifelong friendship., Susan arranged a job interview for a cousin’s son in the Monterey hospital, telling him, “I am happy to help you, don’t embarrass me”. He still works there. Susan did not hesitate to take charge of a situation if she felt it was necessary. Her brothers usually waited for her to take over, then tried to stay out of her way. Susan was a care-giver – always ready to listen, offering words of encouragement (often accompanied by a glass of wine) and generally making everyone she met happier.

Susan was born on July 19, 1943, the daughter of Raymond D Teeter and Louise (Keim) Teeter. She grew up on the family farm near Meridian with her parents, three brothers and a large extended family. She graduated from Meridian High School in 1961, with a group of women who continue to remain friends. She married Bert Arias in 1968, later divorcing. Susan’s “happy place” was Carmel-by-the-Sea, CA where she lived for many years

Susan took great pride in being a nurse, earning the respect of doctors, fellow nurses, and professional organizations. She studied at Good Samaritan Hospital School of Nursing in Portland , OR, graduating in 1964. Her surgical nursing career took her to hospitals and clinics in San Jose, and Monterey, CA, as well as Nampa and Boise, ID.

Susan was a talented artist – from her early portraits to sewing, knitting and crafts that she learned from her mother. These skills led to creation of her “creatures” – dolls, accompanied by stories, that ranged from mythical entities to realistic representations of family, friends and her beloved dog. She volunteered at first aid stations for the Pebble Beach golf tournament and the Monterey jazz festival and became an active member of the marine mammal rescue team in Monterey. Susan was an enthusiastic traveler – taking many trips with friends and family – particularly her brother, David.

Susan was preceded in death by her parents. She will be missed by her brothers Howard (Elizabeth Ann), Jim (Terry Peterson), David (Michael Ameloot) and many cousins and friends.

A life celebration for Susan and burial of her ashes next to her parents will be scheduled when her family and friends can once again gather. The family extends special thanks to Castle Rock Services, Overland Court Memory Care and Horizon Hospice for their care of Susan in her last years.