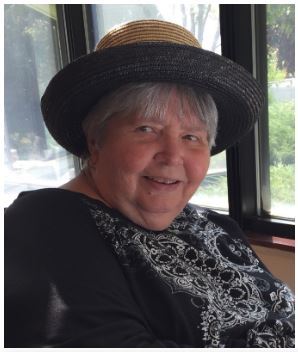 Sharon Loraine Paris went home to her family in heaven on May 2, 2020 at the age of 76, amidst the chaos of the worldwide coronavirus pandemic. She came into this world on Thanksgiving Day, November 25, 1943 in a logging camp in Council, Idaho to the very thankful parents, William Adam and Dema Dane Harris Burkhardt, and brother Jerald Wayne. They impressed upon their children the values of hard work, love of family, and regard for the land. Bill and Dema bought a ranch in Weiser, Idaho, where she grew up. There she met and fell in love with Curtis Wayne Paris. She graduated from Weiser High School in May of 1961 and married her beau a few months later, on December 28, 1961.
Sharon and Wayne had five children, Kimberly, Sherilyn, Daniel, Matthew, and Melody. Wayne was a printer by trade and moved his young family around following jobs. Sharon and Wayne bought their own printing business in Weiser, later moving it to Nampa. After selling the business, Sharon continued to work in the printing industry for several years, then worked for Micron and Simplot until she retired.
Despite many struggles in her life (with finances, her health, the loss of Matthew when only a day old, watching Kim fight and ultimately succumb to brain cancer at 33 years old, and spending 15 years in a religious cult) Sharon was grounded by the values instilled by her parents. She maintained her deep faith in God, and found comfort, support, and joy in her family. She would do anything for her family. In addition to raising her children, she helped raise her grandchildren and great-grandchildren, welcoming them into her home when needed. Her generosity and love extended to all around her. A beacon of light at home, work, and amongst her friends, she radiated grace. However, her humility would not allow her to accept a compliment to save her life.
Sharon loved to laugh, joke, tease, and have a good time. She was never happier than when surrounded by her kids, grandkids, and great grandkids. The only time she was willingly photographed was with family. She played games (particularly pinochle), painted, sang, read, prayed, and loved. She rose above pain and suffering and demonstrated how to live life with kindness and hope. Her family and friends carry her love in their hearts, as her example lights their way forward.
Sharon was predeceased by her father, mother, husband, son Matthew, daughter Kim, and son-in-law Isaac Cardona. She is survived by her children Sherilyn, Daniel, and Melody, her grandchildren Jacquelyne, Racquelle, Brycenne, Gabriel, Kaira, McKenzie, and Ian, her great-grandchildren Elyiis, Rain, Ocean, Layton, Bentley, Jaxtyn, and Sayler, and her foster grandson Damon, and his daughter Eilena.
She was beautiful, hopeful, giving, grateful, and above all beloved.
The family suggests memorial contributions to St. Jude Children’s Hospital.
Arrangements are under the direction of Bowman Funeral Parlor.