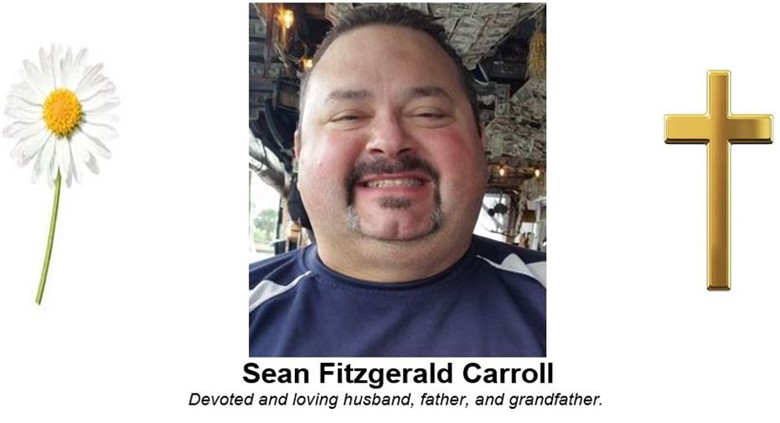 On August 6, 1969, in Boise, Idaho Sean Carroll was born to Jane Carroll and John Carroll. He graduated from Capital High School in 1987. He was the youngest of five. As a child Sean would often accompany his father to their family mines. He always looked forward to the days that he could spend quality time with his father. He met Sandy McCarthy and her two daughters Crystal and April Sistoni in September of 1992. Sean, a servant of the Lord became a husband and father when he and Sandy married in March of 1993. Three years later they welcomed their beautiful daughter Sarah Carroll. Sean was devoted to his family, God, and all around him. He had a 25-year career at Micron Technology. Sean was dedicated to his work and touched the lives of his colleagues. He also spent countless hours working alongside his wife at their small business in Boise, Idaho. Sean was a passionate prayer warrior who enjoyed traveling and spending time with his family. His humor brought out many smiles as well as the occasional eye roll. He always knew how to have a good time and loved to see everyone enjoy themselves. As Sean would always say, that’s BITCHIN!

Sean Carroll went home to the Lord on October 24, 2021, in Boise, Idaho. He is survived by his wife Sandy and their three daughters Crystal, April, and Sarah. As well as his brother John and sisters Kathy and Theresa. He will be deeply missed by his family and all who knew him.

There will be a celebration of life on November 6, 2021, at Kathryn Albertson Park. His final resting place will be Morris Hill Cemetery in Boise, Idaho.

“But those who trust in the Lord will find new strength. They will soar high on wings like eagles” Isaiah 40:31

There will be a celebration of life on November 6, 2021, at Kathryn Albertson Park. His final resting place will be Morris Hill Cemetery in Boise, Idaho.