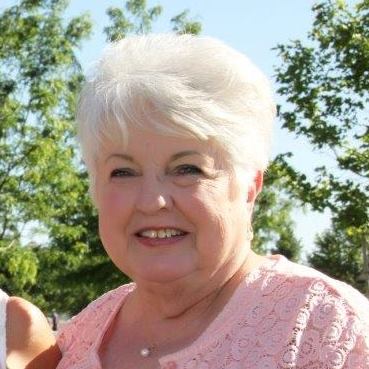 On Wednesday, May 26, 2021, Sandy Townsend, loving daughter, sister, mother and Grammy, passed away at the age of 77.

Sandy was born on October 23, 1943 in Boise, Idaho to Harry C. and Mildred I. (Hussey) Ferguson and grew up in Boise attending Collister Elementary, South Jr. High and Borah High School. Sandy attended Idaho State University where she went to cosmetology school and met her future husband, Steve Young. Steve and Sandy were married on December 28, 1963 and from that union welcomed two daughters, Debbie and Tracy.  Steve and Sandy were married for 26 years, remaining friends throughout their lives. Sandy worked as a cosmetologist until Debbie was born and then stayed home with her children until 1979 when she became a licensed Real Estate Agent, a career that would span 40 years. Sandy especially loved helping young persons to purchase their first home.

Growing up, Sandy loved sitting on the pickled pigsfeet bin, counting pennies as her daddy prepared the family grocery store in Boise Village to open/close, and later worked at the soda fountain of the original BosCo Drug on Vista Ave. Years spent in dance class and performing on the family picnic table with her sister made for fun family evenings while summers at the family cabin in McCall was an absolute favorite.

Sandy was a gifted crafter and had a fond love of antiques as was reflected in her beautifully decorated homes. Sandy was an accomplished seamstress, having made lovely clothes and dresses for her daughters through the years and her specially decorated birthday cakes were loved by all. She enjoyed playing the piano and was an accomplished tole painter but perhaps the greatest of her crafting gifts were the beautiful hand crocheted blankets she made for loved ones when they married and when a new child joined the family.

Sandy’s great passion were her family, friends and dogs. Any time spent with family was always her first and best place to be. She and her sister had an especially close relationship and were deeply devoted to one another. Sandy also greatly loved and cherished her vast group of friends from those she went to school with and kept in touch with across the miles, to those she met with monthly for games and giggles the past 40+ years. Her many friendships brought her years of great love and joy – you know who you are – thank you!

Sandy and her high school sweetheart, Dave Severn, rekindled their special friendship eight years ago, sharing many laughs and a few trips through Idaho together. Dave in Spokane and Sandy in Boise, passed within hours of one another.

A celebration of life will be held at Boise First United Methodist Church, the Cathedral of the Rockies (717 N. 11th St. Boise, 83702) on Friday, June 4, 2021 at 1pm and will also be live streamed @ https://cathedraloftherockies.org/Online-Worship  A reception will follow. The family requests memorials be made to The Lupus Foundation of America (lupus.org) or the American Stroke Association (stroke.org)

A celebration of life will be held at Boise First United Methodist Church, the Cathedral of the Rockies (717 N. 11th St. Boise, 83702) on Friday, June 4, 2021 at 1pm and will also be live streamed @ https://cathedraloftherockies.org/Online-Worship  A reception will follow. The family requests memorials be made to The Lupus Foundation of America (lupus.org) or the American Stroke Association (stroke.org)