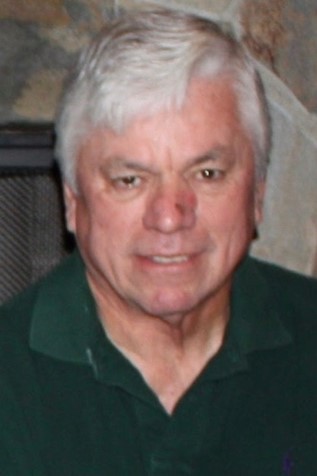 Samuel Leo Mitchell Jr., 75, of Boise, passed away peacefully on May 20, 2021 surrounded by his family. His wry smile, sense of humor, kindness, and generosity will be missed most of all by those who knew him.

Sam was born in Scottsburg, Ind., to Samuel Leo Sr. and Willa Jane (Pfeiffer).  The family eventually settled in Los Angeles where Sam graduated from high school before going on to earn his Animal Husbandry Bachelor of Science degree from California Polytechnic College at San Luis Obispo. While at Cal Poly, Sam was a member of the Army ROTC, and met his future wife, Sydney Davis.

Sam and Sydney were married April 20, 1968, before he went to Armored Officer basic training at Fort Knox in Kentucky. Sam was later stationed in Germany with the HHB 8th Infantry Division Artillery, Baumholder, where the first two of his three sons, Hans and Aaron, where born. He was honorably discharged from the Army in 1972 with the rank of captain after receiving the National Defense Service Medal.

The family returned to Southern California where Sam worked at Oscar Mayer as a production foreman.  Along with working at Oscar Mayer he was in the Army Reserve, obtained his real-estate license, and sold houses on the weekend.  After 2 years, he was ready for a change, and was accepted into the agriculture-teacher program.  He did his student teaching while getting his teaching credential at Cal Poly-Pomona, where he earned his Master’s in Education. He started his teaching career in 1974 at Poway, Calif., and his third son, Eric, was also born. In 1978, they moved to Nyssa, Ore., where he taught agriculture, welding, and auto mechanics until he retired in 1995. He and Sydney moved to Boise in 1994. Sam enjoyed spending time with Sydney, their three sons, and seven grandchildren; traveling the world, various philanthropic works, and studying church lessons.