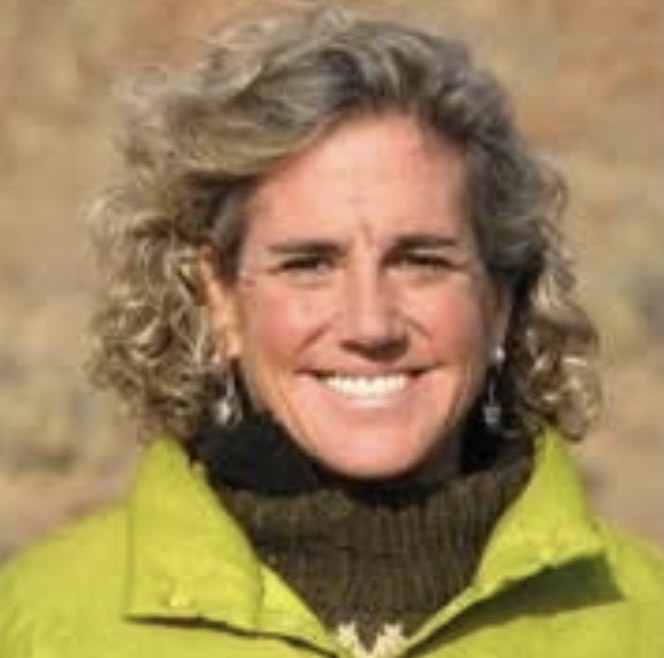 ‘How do you catch a falling star, that shines so brightly, touches so many, yet passes so quickly’ Anonymous

Sally, the beloved youngest child of Patricia McLaughlin O’Donnell and John B. O’Donnell, was a vessel of infectious energy from the moment of her birth, April 29th 1966 in Old Greenwich, Connecticut until her death in Boise, Idaho February 13th 2022. Sally’s generous smile lit up every room she entered.
She spent her early years in Duxbury, Mass and is a graduate of Duxbury High,1984. While there, she focused her abundant energy and skill on the athletic fields, excelling in Soccer and Track and Field. In 2000 the Duxbury Clipper named her one of the top 50 Duxbury athletes in the 50 years spanning 1950-2000. She attended Keene State College in N.H. and continued to develop her athletic skills along with core classes. In 1986 she was an accomplished athlete on the National All-American Collegiate Cross Country Team. She also had a side gig modeling for athletic wear in her hay-day.
She moved to Boise in 1986 and enrolled at Boise State University where she earned a BA degree in Exercise Science, emphasis in corporate fitness. She also began her long career as a server at many of Boise’s finest restaurants and also in 2002 started a successful pet sitting business. She was an avid cyclist, active in club soccer, and loved fishing, camping, golfing and working out frequently at local health clubs.
Sally’s effusive personality brought her innumerable lasting friendships over the decades who were her pet-sitting clients, Warm Springs Golf Course golfing buddies, restaurant co-workers, biking partners and many more.
She was preceded in death by her parents and two nieces and her many beloved pets. She is survived by and will be deeply missed by her siblings; Murry O’Donnell, Boise, William T. O’Donnell, Darien CT., Ann E. Thomas, Boise, and Beth O. Libby, Winchester, MA. and multiple nieces and nephews as well as her Golden Retrievers, Beau and Joy.
A Celebration Of Sally’s Life will be held this spring or early summer.
In lieu of flowers a donation in Sally’s name to an animal rescue or favorite charity is appreciated.