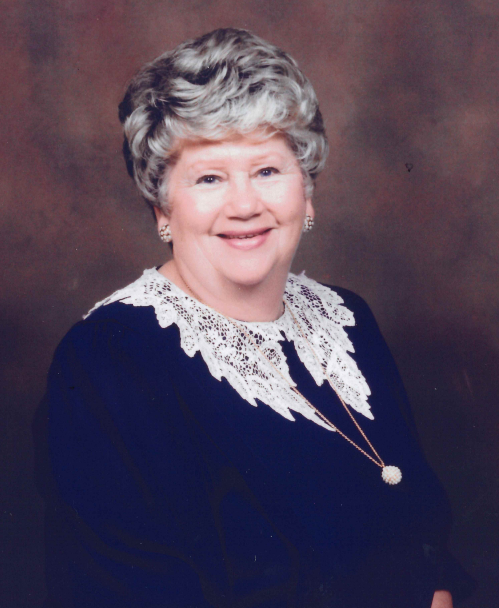 Sally Ann Weman was born at home on August 6, 1931 in Minneapolis, Minnesota Passed at home December 24, 2021 in Caldwell, Idaho

Born to parents Ervin Foss and Geneva Johnson Foss, she was the youngest of four daughters.  Her older sisters were Elaine, Jacqueline and Marilyn

She was raised on the family dairy farm in Kenyon, MN with 3 generations of family.  She was taught deep Midwest values of hard work, character,  kindness, love of family, patriotism for America and most importantly love of God.  She was very proud of her 100% Norwegian heritage.

Sally attended a one-room school house in Kenyon and sang in the local church in Asplund, MN with her 3 older sisters. She fondly remembers singing “Silent Night” in Norwegian one Christmas.

In 1945 at age 14 she moved with her mother and sisters to San Francisco just after WWII ended.  Leaving the tiny town of Kenyon and arriving in bustling San Francisco was quite a culture shock!

She attended Denman Jr High in San Francisco for 1 year and then attended Balboa High School in San Francisco where she was editor of the school newspaper and voted May Queen.She graduated in 1949 and went to work for the Army Corp of Engineers.

On July 14, 1951 she married Glenn Weman of San Francisco (formerly Missouri) at Lake Tahoe, NV.  In 1952, their first daughter Karin was born.  Nineteen months later, in 1954, their second daughter Susan was born.

The family remained in the San Francisco/ DalyCity, CA area for the remainder of the girl’s upbringing.

Sally was devoted to her marriage and her girls.  She taught them to care, be kind, to be well-mannered, hard workers, responsible and to always do the right thing.

She also taught them to sew, craft, cook, create and use their imaginations.  And the Midwest values from both parents were instilled in Karin and Sue.

Sally worked at various jobs throughout her life.  Starting in the 1950’s, when the girls were young, she was Santa’s helper at The Emporium department store in downtown San Francisco,  She worked as a pixie greeting children waiting to see Santa and also guiding them up to Santa’s lap for photos.  In the 1960’s and 1970’s she worked for State Farm Insurance in the Daly City, CA  claims office as the personnel director.  She later worked for the Daly City Police Department a a transcriber.  In 1988, she moved to Santa Rosa, CA to be near her daughters and grandchildren and was employed by the Sonoma County Office of Education in the visually impaired students department.  She retired in 1994.

Sally enjoyed many hobbies in her life.  Sewing, Japanese water-color painting, gourmet cooking, water-skiing, crafting exquisite hand beaded Christmas ornaments, designing and sewing elaborate costumes for Hawaiian luaus and  church plays.  Later in life, she perfected her skills in rosemaling painting in the European style, especially in Nordic themes.  Her work was very detailed and intricate and included Christmas ornaments, wood plaques, sleds and even Christmas stockings.  She sold her items at her annual Christmas boutiques attended by many devoted customers through the 1990’s and 2000’s.

Sally was a member of the Sons of Norway in Santa Rosa, CA for many years.  She also volunteered for many political campaigns in San Mateo County, CA over the years with her husband.  And she generously gave of her time making wedding cakes, sewing wedding gowns and bridesmaids dresses for friends and acquaintances.  Many times, she would do it all for free, just because.

Sally will always be known for her beautiful smile, big heart, kindness, sweet disposition, generosity, hard work and as a beautiful wife, mother, grandmother, great-grandmother, daughter, sister, aunt, friend and person.  She would do anything for anyone just to make them happy and would ask for nothing in return. She was very spiritual and had The Lord in her heart always.

She leaves behind her daughters, Karin and Sue.  Her grandchildren, Brandon (Alexandra), Ryan (Marilyn), Reid (Jessica), Heidi (Zach) and Riley (Aleah). Her great grandchildren Asia, Alexis, Madison, Rykker, Cooper, McKenzie, Daniel,Jackson, Preslee, Lincoln, Jasmine,Maximus, Ross,Mia, Melanie,Naomi,Aubree, Finlee, Stellar, Wesley, Rhena.  Also survived by twin cousins who she helped to raise, Paul and Steve, and numerous  nieces and nephews. She also leaves behind her best friend for life, Kahou. Her beloved kitty Violet was at her side when she passed.  Her other beloved kitty, Muffin Ann, pre-deceased her recently.

She lived a full and happy 90 years….starting with Model-T cars to cars that drive themselves! She loved her family more than anything and gave her all to everything she did and always with a beautiful smile and open heart.  She will be missed deeply.

Christmas time and particularly Christmas Eve, was her favorite day of the year.  It was fitting that the Lord called her home on this most special day.