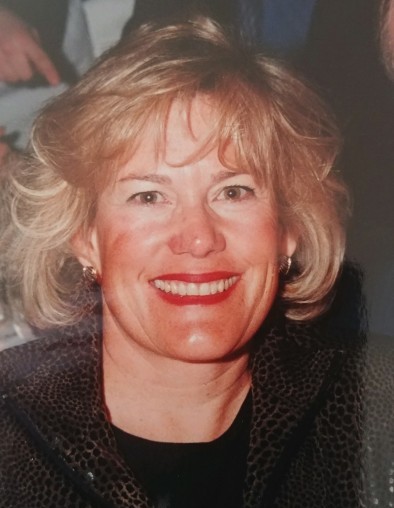 Sallie Rachel Backus passed away comfortably with family at her side Saturday, March 16, 2019 at her home in Garden Valley, Idaho, after a long hard-fought illness. She is survived by her husband David Backus, sister Carole Scharf, brother Mark Armstrong, step children Julie Hairston, David Backus Jr., Laura Gendron, Brian Backus and Brad Backus. Her step grandchildren include: Tanner and Colton Hairston; Carlee, Curtis and Cole Gendron; Camas, Cadi Joy and Kennally Backus. Her Armstrong nephews “her boys”: Marko, Jason, Christopher and Randy. She was preceded in death by her parents: Verna and Gene Armstrong.
Sallie was born June 14, 1953 in Los Angeles, California. While growing up in Palos Verdes, California she developed a deep passion for animals and was riding horses by herself at 4 years old. The love for horses she developed during those formative years stayed with her throughout her lifetime.
Her ability to ride horses became highly competitive over time and she successfully competed in barrel racing, equitation (eastern and western), 2n d level dressage, cross country and stadium jumping, cutting with cutting horses she owned. She won numerous belt buckles, ribbons, trophies and cash which she said, “of course” went immediately back into the cost of the sport.
She moved to Boise, Idaho with her family, while still in high school. She later entered Boise State University after spending time at an equestrian college in Ohio. She graduated from Boise State University and went to work at Morrison Knudsen Corporation for a number of years.
In Idaho she loved the outdoors and quickly learned to ski, fly fish and play golf. She later moved to Pasadena, California with David where she continued to ride horses in competition and learned to sail on their 40′ sailboat which she named “Cutting Horse”. She loved sailing in the Caribbean on bare boat charters with friends and loved ones.
One of her many joys was getting to Idaho or Montana for the fly-fishing season with their fishing boat and float tubes, fishing in some of the most beautiful lakes in the western United States. She tied her own flies which trout could not resist.
She enjoyed travel and numerous times accompanied David to the Middle East, UK, Asia, Australia and South America. Her desire was to go for a horseback ride on every continent which she accomplished including learning how to ride camels in the United Arab Emirates.
Upon leaving Pasadena after David’s retirement, she project managed the design and construction of their home in Scottsdale, Arizona while helping her husband build a successful water company with two other partners.
Her dream was to someday own property with horse pastures in the mountains somewhere on water. She found that dream in Garden Valley, Idaho on the Middle Fork of the Payette River. She spent a number of years building her “little piece of paradise” on the River for her family, horses and dogs to enjoy in the summers while still going back to Scottsdale for the winters.

After traveling back and forth for several years between Scottsdale and Garden Valley, hauling 3 horses, two dogs and a barn cat each way, she decided it was time to move out of Scottsdale and permanently settle in Garden Valley. She loved her Garden Valley home, neighbors and many friends in her beautiful paradise. She cherished her many hours of horseback riding on mountain trails with her Garden Valley girlfriends “the girls”. Each horse ride was a new and exciting moment. It never got old. In her words “To ride in nature was to be close to God”.
“Fly fishing in a float tube on a beautiful lake, sailing on a silent ocean with the breeze in my face, walking on the beach with grandkids collecting sea glass, teaching all of them to love dogs and horses, morning coffee with my husband and that evening, a kiss goodnight. I have lived”.
A memorial service will be held at 1 pm, April 13, 2019 at the Crouch Community Church, 8 One Way Lane, Garden Valley, Idaho 83622. 1.75 miles north of Crouch on Middlefork Rd. The family suggests that in lieu of flowers that donations be made to the Idaho Humane Society or a cancer charity of your choice .