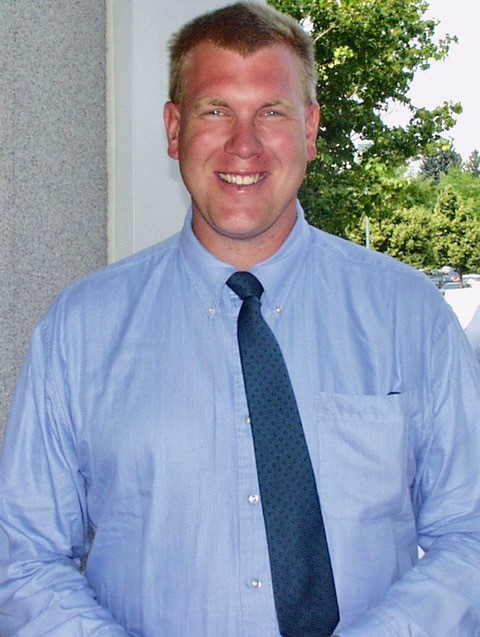 Russell James Sipe came bounding into this world as a 10 pound baby, born on June 28, 1973 in Twin Falls Idaho to Jim and Karen Sipe.  Russell lived in Buhl, Idaho for his first few years. He was a toe headed, happy little guy.   The Sipe family then moved to Hailey, Idaho where he lived his elementary years up to his junior year in high school.  He loved hiking and camping, and just being outdoors in general. He helped his dad chop firewood for the family and others, assisted in cleaning the Idaho Power building in the evenings, and enjoyed his scouting adventures.  He had fond memories of camping on the beach (including bonfires) at Redfish Lake with his family, and 50 mile hikes up in the majestic Sawtooth Mountains with the Scouts..

The family then moved to Boise, Idaho where Russell started his senior year at Centennial High School.  At 6’6 he was noticed immediately by the coaches there who cornered him to ask if he played football or basketball.  He turned them down in their offers, instead opting for his bike rides, long walks and working out by himself.  Russell earned his Eagle Scout rank and worked the summer after graduation at the scout’s Camp Bradley in the Sawtooth/Stanley, Idaho area.

After he graduated high school, Russell attended a semester at Rick’s College, in Rexburg, Idaho.  He then received his mission call to the Brisbane Australia mission.  He served there from 1993-1995.  He truly loved Australia and the people there!  Years after, he would still talk about the beauty of that continent.

Russell loved animals and had a special bond with them.  Especially the family cats and dogs.  You could almost always find him outside playing with or holding a cat or dog. He was willing to help when asked and has helped many a family move, get their firewood, mow lawns, you name it.  He led a very service-oriented life, MOST of the time without complaining!  He loved being with his parents, going on long road-trips with his dad and he lived for his daily “soda trips” with his mom. He was especially close to his mom and really struggled after her death in 2019.

* To our brother Russell;  We will always love you and cherish the memories we have with you on this earth.  Tell mom hi for us.  Love you Russ!  Spencer Sipe*

Due to COVID-19 and with the limitation for gatherings, we are limiting the service to 50 people.

Due to COVID-19 and with the limitation for gatherings, we are limiting the service to 50 people.