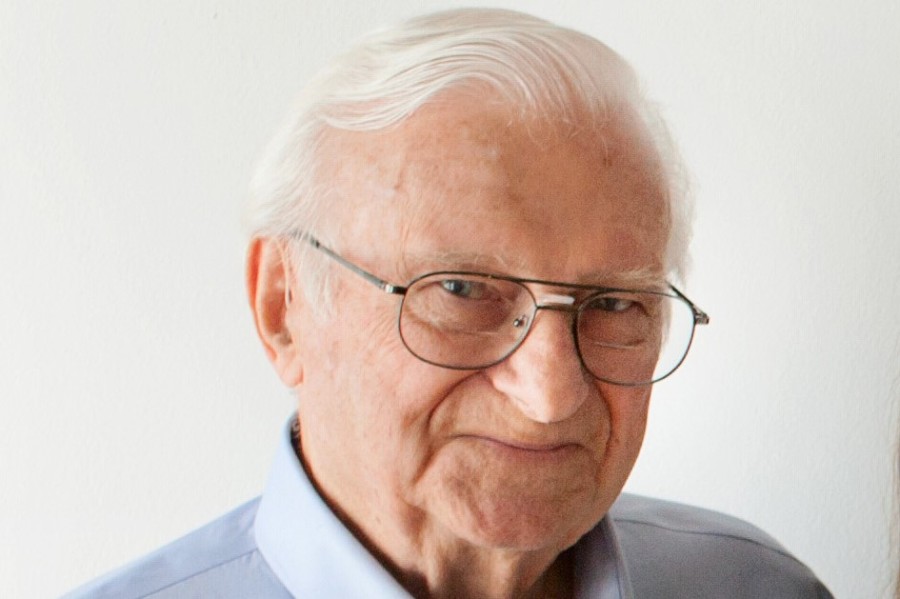 Roy M. Pagenkopf, formerly of Eagle and Boise, passed away peacefully on the morning of June 3rd, 2019. Our family Patriarch, father, uncle, grand, and great grandfather continued to defy the odds, and live life on his terms to the end. Always being in charge meant not accepting speculation about when you should leave this life. Roy and his Lord would decide that.

Born Roy Martin Pagenkopf in Lincolnville, KS, on Sept. 7, 1928 to Henry and Clara Pagenkopf, the youngest of 3 children. Being a child of the depression meant you had nothing unless you worked for it. Then you kept everything and made use of it. You also accepted every opportunity, a rule that was not lost on Roy.

His schooling started at St. John’s Lutheran parochial school in his hometown, where he came to embrace learning, and his faith in the Lord, Jesus Christ. He loved and learned all the vocational skills that were a necessary part of his upbringing. During his High School years, he excelled as a guard on the basketball team. During one of those games he was stricken with severe pain and taken to the hospital, where it was learned he had Tuberculosis.  He recovered and graduated in 1946 with 5 fellow Seniors. He played handball, bowled, and was a competitive fastpitch softball pitcher for many years even after marriage. No catcher liked his fastball. It hurt.

Roy met the one love of his life, (Donna) JoAnn Kelsey at a diner in neighboring Marion. The fiery red headed Irish girl was the perfect match. Their marriage in 1948 endured the tests of time for 66 years, until JoAnn’s passing in 2014. A son, Michael, would be born in 1949, followed by a second son, Kerry in 1954.

There were many moves while Roy continued his career ascension without benefit of a higher education. His ambitious style was rewarded, and his path chosen when he met Guerdon Wolfe Sr. in 1956, who brought Roy into the manufactured housing industry. Roy helped mold and influence that industry through his creative design, oversight, and initiative. Most of all, he offered his help and respect to anyone requesting and deserving it. He was known for being tough, honest, but most of all, fair. His eventual position as Guerdon’s Vice President took him to Washington DC to consult on HUD standards for manufactured housing, as well as serving on various other industry and community related Boards. He moved his family from Kansas, (twice), to Idaho, (twice), and Detroit, Michigan. Roy eventually left Guerdon Industries to accept higher challenges as President of Conchemco.  He was sought after, and respected by his peers in the industry that he helped bring to life, eventually retiring for good at the helm of Kit Mfg.

Roy and JoAnn were blessed with many travels throughout the world, always reminding them of their humble beginnings in this land of opportunity. After retiring to McCall, he golfed, and spent many hours in his workshop, repairing everything. His roots were never forgotten, and always practiced. These lessons of hard work, honesty, and faith were imparted to all the family by living the example.  He was a member of Good Shephard Lutheran Church in Boise, first attending in 1958, shortly after its organization. He served in many capacities, helping the Church to grow and progress, as an Elder and by serving on various committees. He attended until recent health issues forced him to stop at age 90.

Roy loved golf. Self-taught, he played at a level that gave him competitive enjoyment, including a hole in one, and a double eagle. He enjoyed playing in tournaments with his friends and business colleagues and volunteered to score at junior events when his family learned the game. He also loved to fish, especially with his buddies and family on those trips to Alaska.

The family would like to expressly thank Treasure Valley Hospice, and specifically Michelle and Amy for their love and support throughout this extended journey. Additionally, we thank all his close friends, but especially Ed Tucker and Dick Chaffin for their help and support, and finally, Grace Assisted living in Caldwell with all their staff for making Roy’s final months so much easier. Memorials in Roy’s name may be offered in lieu of flowers to either Treasure Valley Hospice, 8, 6th St. North, Suite 200, Nampa, ID 83687, or, The Idaho Junior Golf Foundation, 5460 W. Franklin Rd. Suite A, Boise, ID 83705.