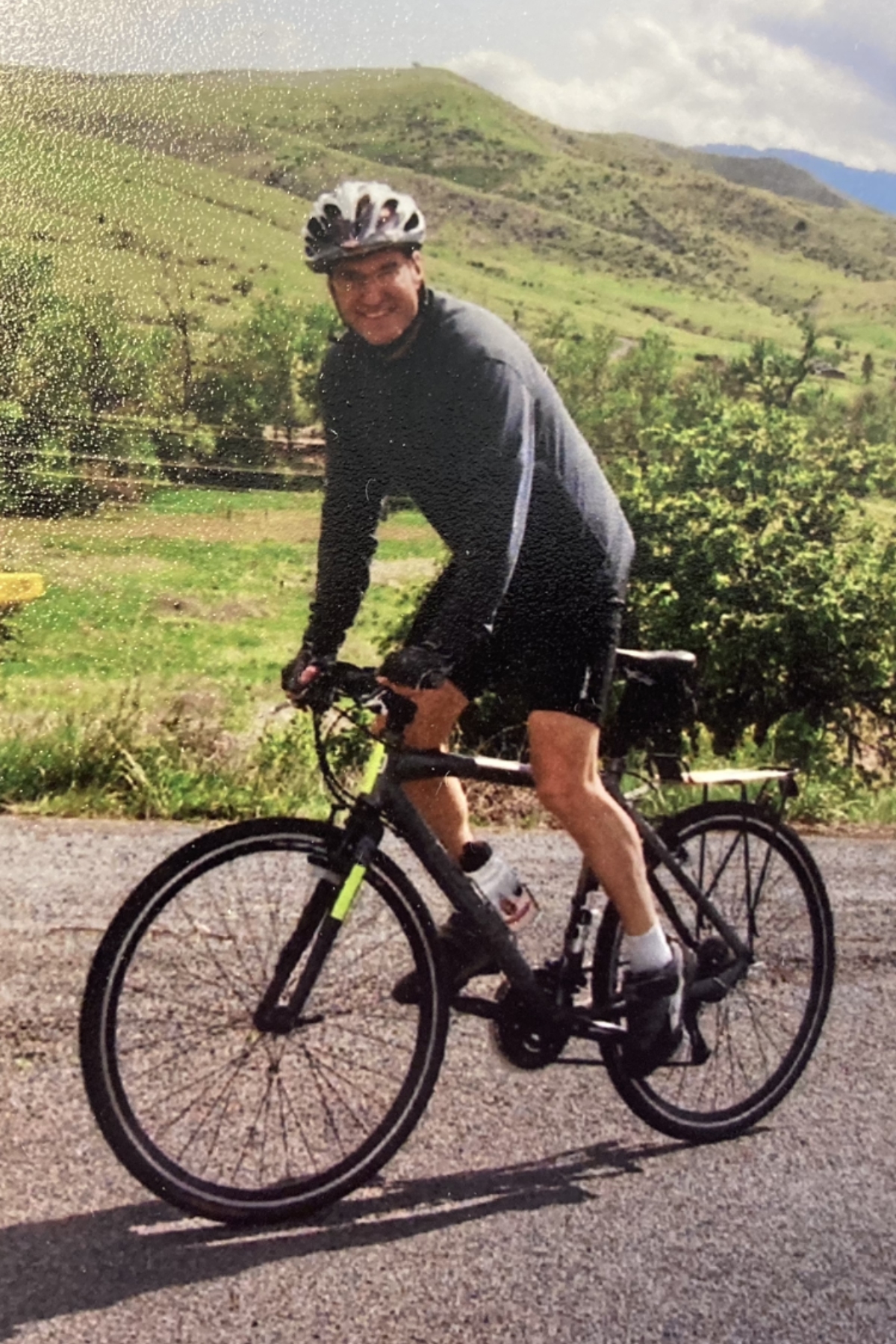 Ross Alan Dodge passed away peacefully at home and into Jesus’ presence on December 12, 2021. He was born on January 20, 1958, and was raised in Lockport, Illinois. He spent his childhood playing and competing in impromptu baseball and football games, snowball fights, and bike races. He often rode his bike on country farm roads, inspiring his aversion to farm dogs and his love for riding fast.

After high school, he worked in a paper bag factory, a glass factory, EJ&E Railroad, ski lift operator, and a bike shop, all the time having an irresistible urge to go west. So, in 1984 he moved to Eugene, Oregon, and it would change his life. It was there that he trusted in Christ as his Lord and Savior, a faith that never wavered.

It was also there that his competitive spirit met its match in a game of ping-pong. His adversary handily won the game as well as his heart. Becky and Ross would marry on June 15, 1985. Ross would always say that if he could go back, he would change a lot of things about his early adult life—just so long as I got to Eugene by 1984. Ross always felt lucky just to have had a first date, and went back to school to be worthy of it.  He earned a B.S. in Geography from the University of Oregon.  He loved all things maps.

After college, Ross, Becky, and their two daughters moved to Boise, ID, where he took a job at COMPASS (Community Planning Association of Southwest Idaho). He spent his professional career in mapping services.  He also worked to improve and ensure safety for bicyclists on local roadways, working with local and county governments.  Through all the years in all kinds of weather, Ross rode bikes…commuting, racing, and touring. He often delighted his daughters by bringing home huge pieces of scrap paper from the office and spending hours on the floor with them drawing maps to color.

After suffering a spinal cord injury in 2010 injury while riding his bike to work, Ross spent many hours at home reading, watching sports, and leading friends and family through Bible studies.

Ross will always be remembered for competitiveness, whether he was racing go-carts, playing a game of wiffleball, or crushing European adversaries in online backgammon. He will also be remembered as a consummate storyteller. His animated motions and infectious laughter highlighted many late evenings. He loved his grandkids and spent hours on the floor coloring, playing games, and no doubt explaining the rules of football to them.

The family would like to thank the many friends who have so lovingly encouraged, helped, and supported Ross over the last eleven years of injury.

Ross is preceded in death by parents Paul and Wanda Dodge. He is survived by three brothers and a sister, his wife Becky, daughters Samantha (Jacob) and Andrea (Kevin) and seven grandchildren.

Memorial donations may be made to the educational ministry in Kenya:

Memorial Service will be held Friday, December 17th at 11:00am at Dry Creek Cemetery.  All are welcome to attend.