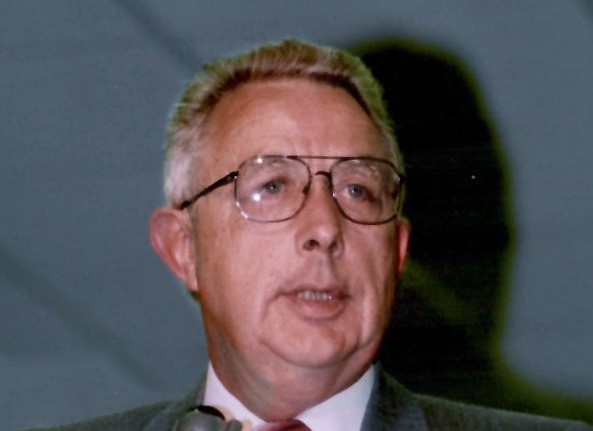 Ronald W. Manser
Ronald William Manser, 87, Boise Idaho, died Sunday, February 13, 2022. Ron was born in Payette on February 12, 1935, the son of Shirley and Dorathy Manser. He attended schools in Payette, graduating from Payette High School in 1953. He attended the University of Idaho and in 1955, married Carolyn Taylor of Ontario, Oregon.
After his marriage, he joined his father to learn the car business at Manser Ford. Over the years he was a member of numerous civic organizations including the Payette Chamber of Commerce and the Payette Jaycees. He eventually purchased the dealership, running the business until his retirement in 1993.
After retirement he was able to devote more time to his hobby of refinishing and building custom golf clubs. His love of golf eventually resulted in his employment with the Scotch Pines Golf Course and then at the McCall Golf Club in a variety of roles.
He was fortunate to have an abundance of good friends. He stayed in close contact with many high school classmates throughout his life and his Payette coffee buddies were a constant over the years. One of the highlights of his retirement was helping organize tournaments at McCall, where he was able to see many old friends and make a few new ones.
Ron is survived by his son and daughter-in-law, Jeff and Leigh Manser, Boise; a sister and brother-in-law, Annette and Lonnie Park, Boise; a brother and sister-in-law, Tim and Susan Manser, Ivins, UT; a son-in-law, Monty Calvert, Payette; a daughter-in-law, Marie Manser-Dixon, Payette; grandchildren, Kati Hart, Maria Fleming, Taylor Stokes, Christopher Manser, Lauren Manser, Hannah Dixon, Michael Manser, Alex Manser, Kristin Manser; and great-grandchildren, Thomas Hart, Lance Hart, Robert Stokes, Joey Fleming, and Katelyn Fleming. Ron was preceded in death by his parents, his wife Carolyn, his daughter Carol Anne, and his son, Rob.