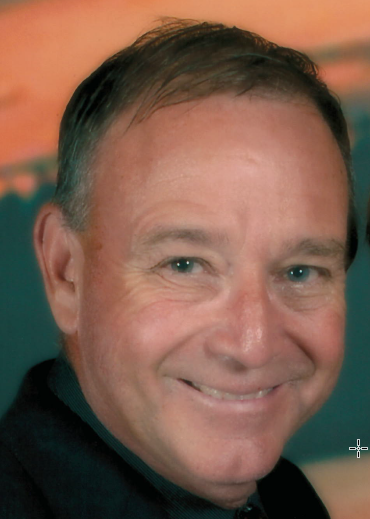 Ronald Keith Campbell, 67, of Boise, ID, beloved husband, father, Pops, and friend passed away April 18, 2019 from a heart attack. Ron was born March 11, 1952 to lifetime Modocers Marion and Jenny Pratt Campbell. He graduated from Modoc High School in 1970. While in high school he was active in FFA (had the grand champion hog for the junior livestock show), played on the FFA basketball team, and won numerous welding awards. He graduated from Shasta College in 1972 with an Associate of Arts degree in Diesel Mechanics and Welding. Later in life Ron enjoyed using his welding skills to create unique yard art.

On July 1, 1972 he married Debbie Staub at St. Michael’s Episcopal Church. In 1976 they welcomed a daughter, Sarah, and in 1979 son Ryan was born. He was a loving and proud father, and a powerful influence on his children. Ron was a kind, caring, loving, family man who took great joy in helping all that crossed his path. Above all else he loved spending time with his family.

After working for two local mechanic shops, Ron and Debbie purchased Wayne’s Chevron Station in 1981. In 1984 they expanded to include a min-mart and carwash, and in 1997 opened an auto/truck repair shop. Ron hired and trained numerous local youths preparing them for their future careers.

Ron joined the Alturas Volunteer Fire Department in 1973, a commitment he took seriously, dedicating many hours to training, fighting local fires, annual crab feeds, and service to the community until he retired in 2016. In 2013 at their annual crab feed, the AFD recognized Ron for his 40 years of service. He was also a long-time member of the Alturas Elk’s Club and was a member of the Jaycee Club. Ron was active in revamping the Cedar Pass Ski Hill, helping to install the T-bar lift. He voluntarily serviced and maintained the grooming machine for many years.

From 1986 to 1996 Ron served the community as the elected President of Modoc County Little League. During his tenure he expanded the league from four boy and two girl minor/major teams to include tee ball up to senior league with many teams at all levels, including over 500 youth. In recognition of his hard work and dedication, Modoc County presented Ron the Juvenile Justice Commission and Delinquency Prevention Commission Award in 1995.

Ron was a member of the Alturas Rifle Range and Fitzhugh Creek Gun Club, where he enjoyed participating in trap and skeet shooting competitions. He also enjoyed being in charge and setting up for the Shrove Tuesday Pancake Supper for St. Michael’s Episcopal Church. Ron always looked forward to his early morning rounds of golf with his buddies.

As an active member of the Modoc HS Booster Club, Ron and several others initiated the Friday night BBQ where he often manned the BBQ, visiting and sharing stories while he cooked. Ron loved coaching and attending his children’s many sporting events. He traveled to all their away games and even to his daughter’s college golf tournaments.

Ron enjoyed hunting, fishing, and RVing around Modoc County. He would take annual camping/fishing trips to an island in Canada with his good friends the Lancasters. The two families would also take an annual ski trip to Bend, OR. More recently, Ron enjoyed crabbing and fishing on the Oregon coast.

Ron and Debbie moved to Boise in 2014. Ron’s constant companion was his dog Bella. The two of them routinely chauffeured his grandchildren around the community where he thoroughly enjoyed watching the kids play in many sports and activities. On days without activities you would find Ron playing school with his granddaughter, Gracyn, and cards with his grandson, Connor.   Both children were truly a highlight of his retired life!  He quickly became the neighbor with the most beautiful yard. You would see him spending hours attending to his garden, flowers, and lawn.  Last December, Ron and Debbie visited Ryan’s family in Barcelona, Spain enjoying traveling to several countries with their grandchildren.

A Celebration of Life will be held June 15, 2019 at St. Michael’s Episcopal Church at 10:30 am in Alturas, CA. In lieu of flowers, memorial contributions may be made to Alzheimer Association Greater Idaho Chapter, 2995 Cole Rd, Boise, ID 83704, Modoc Little League, PO Box 1654, Alturas, CA 96101, or charity of your choice. Condolences can be shared with the family at https://www.bowmanfuneral.com/notices/Ronald-Campbell