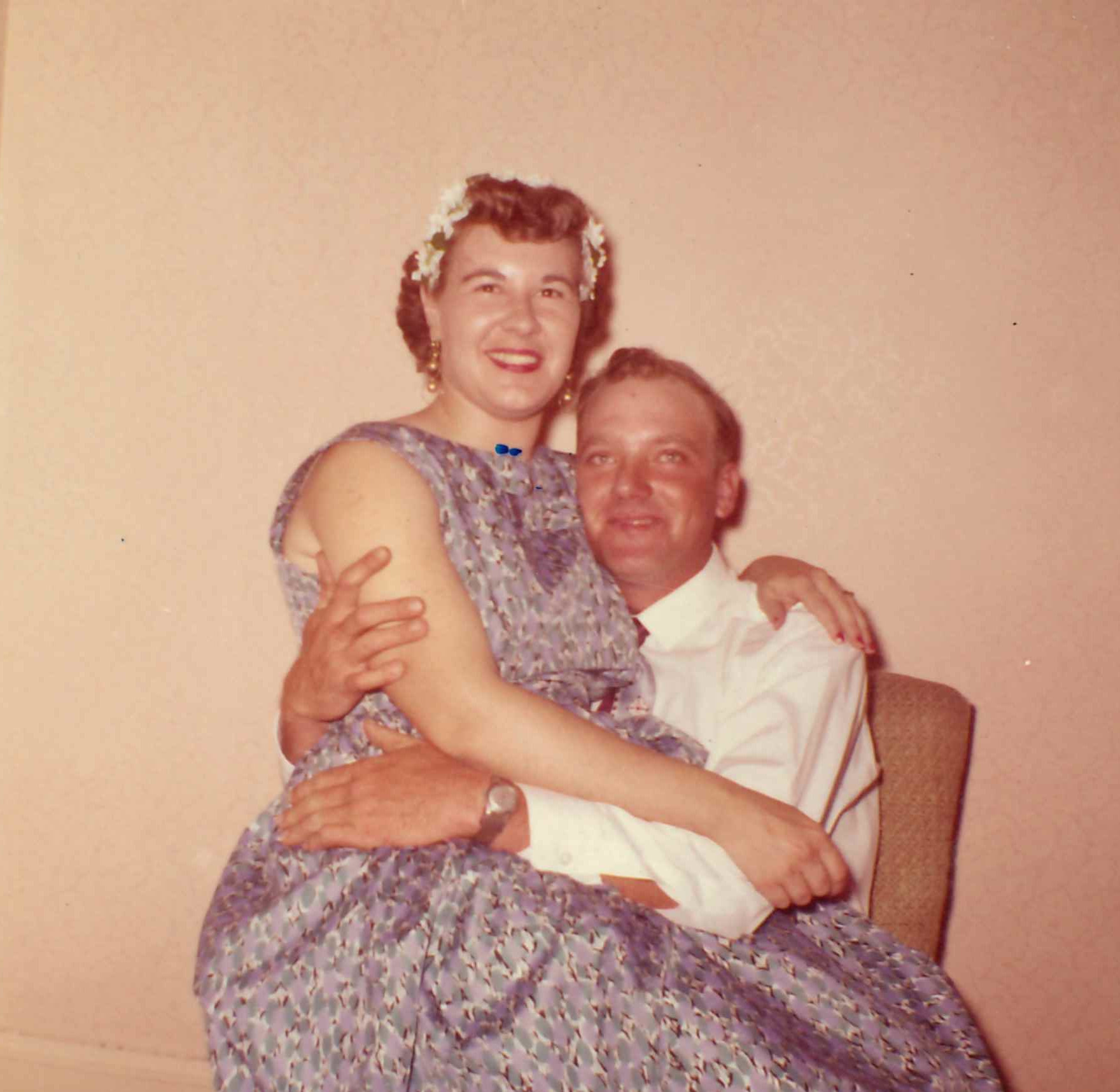 Roland passed away in Fruitland Idaho at home from complications of Renal failure. Mom and Dad was married for 61 years and now together forever in heaven. They were married on May 16,1959 in Winnemucca,Nevada.Dad was born in Fruitland, Idaho on June 15,1933. Mom was born in Emmett, Idaho on September 14,1936. Dad was the middle child between Phyllis Farley and Clifford Henry. Mom had two sisters and one brother. Mom and Dad actually rode the same bus when they were 7 and 10 years old going to Bramwell school.

Dad was a jack of all trades. Growing up he worked with Wally and Bessie picking apples in Fruitland. Later he worked for Gus Ziegler mixing cement, he then worked for Walt Little stacking hay and helping with the sheep. From there life’s journey took them to Washington for a short time and then back to Kuna Idaho.  In Kuna Dad worked for John Noble milking cows and doing farm work. Mom and Dad then moved to New Plymouth Idaho where Dad started working for Duane Van Leuven.  This led to Dad being hired by Idaho Canning which eventually became American Fine Foods. Dad worked for AFF as Head Field Mechanic until retiring in 1992. Dad was a mechanical genius, he could pinpoint where the problem was and resolve the situation. One thing Dad would do is in the mornings he would be the first one to the shop and get the coffee brewing for the crew coming in to work. He didn’t even drink coffee,  but he’d have it ready for them when they arrived.

As much as Dad enjoyed working,  he loved taking mom, the kids, and grandchildren fishing and camping. Whether it was Lake Cascade,Lost Lake reservoir, Horsethief reservoir, or a quick trip to Manns Creek reservoir,  all that mattered is that we were all together.

Mom and dad enjoyed going to Marty’s games no matter the sport. Many times dad would go to the games and then go back to work. Even after Marty’s graduation Dad would attend football and basketball games with friends. Dad would often offer words of advice to the coaches and encouragement for the players. Mom and dad would also travel to Burns Oregon to watch the grandkids play ball. They would also travel to watch their grandson compete in the Special Olympics.

Dad was preceded in death by his his parents, numerous aunts and uncles and some of his cousins. Mom was preceded in death by her parents, a sister, and all her uncles except Andy Roseberry. Mom and dad leave behind son Marty, daughter Fern Thomas. Dad also leaves behind his brother Clifford(Sharon)Henry and sister Phyllis Farley. Mom leaves behind sister Marlene(Walter)Fry,her brother Stanley(Madge)Harwell. They also leave behind four grandchildren Buck Lombard, Jeremy Lombard, Roxie Thomas, and Charlie Thomas, along with several great grandchildren and numerous nieces and nephews.

Graveside services will be held at 9:30am April 10th @ Parkview cemetery 3600 Highway 30 west in New Plymouth Idaho under the direction of Bowman Funeral Home Garden City, Idaho. Condolences may be made to www.bowmanfuneral.com

Graveside services will be held at 9:30am April 10th @ Parkview cemetery 3600 Highway 30 west in New Plymouth Idaho under the direction of Bowman Funeral Home Garden City, Idaho. Condolences may be made to www.bowmanfuneral.com