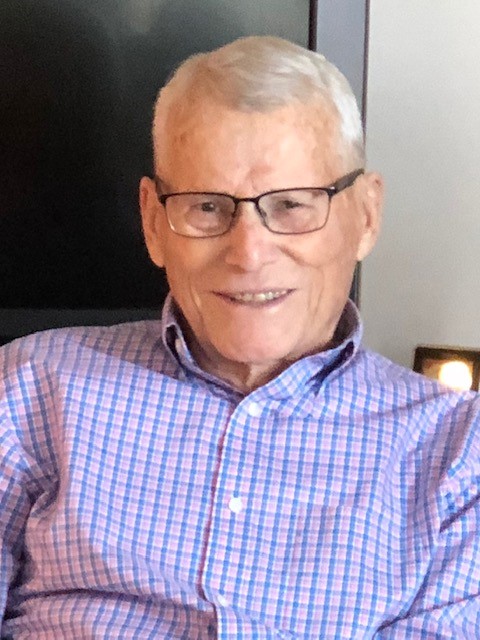 Roger was born on March, 17, 1927 to parents Esther (Minor), of Cedar Rapids, Iowa and Leland Stamy of Marion, Iowa.

Roger grew up in Webster City, Iowa. He settled in Boise, Idaho in 2014. He earned a Bachelor’s Degree in Forestry from Iowa State University.  Roger worked for the United States Forest Service as a Forester for thirty-three Years. Roger married Clela Daniel on April 4, 1953 in Zigzag, Oregon. The two have been married for sixty-six years.

Roger is a dedicated member of his church and retained multiple leadership roles within the church throughout his life.

Roger is proceeded in death by his parents, Leland and Esther Stamy; two brothers, James Stamy and Bud Stamy; and daughter-in-law Kathy Stamy.

Memorials may be made in honor of Roger to Wreaths Across America. info@wreathsacrossamerica.org.