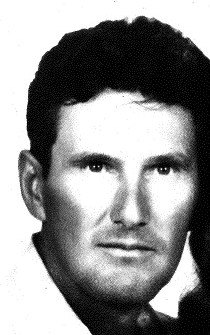 Robert Theodore Meacham passed away quietly, December 17, 2021. He was surrounded by his loving family.

Bob was born April 7, 1932, in Paul, Idaho, to Theodore Julius Meacham and Hertha Katherine Schnabel. He grew up in Paul and spent significant time with is grand parents Francis Carter Meacham and Mary Jane Coleman.

Bob was married to Margarette Lucy Jokumsen, Linda Petrie, Judy Race, and Sharen Kay Cobb who remained his loving wife until his departure from the earth.

Bob’s life was one of many ups and downs, he lost a son (Richard Lee Meacham) and a daughter (Marena Lesie Meacham) to automobile accidents, as well as his brother Jerry (Donna) Lee Meacham, his brother Eldon (Glenda) Meacham also departed after a battle with cancer, his brother-in-law Bill (Charlotte) Martindale he also lost his first wife (Margarette Lucy Jokumsan) to cancer. Bob struggled to find happiness until he married Sharen Kay Cobb. Bob and Sharen enjoyed many years of camping and fishing all over Idaho. Bob loved to go Steelhead and Salmon fishing with his brothers and their wives, and many of his children.

Bob spent much of his life operating heavy equipment for a number of companies, to include Holmes Construction, Kloefer Concrete, and the BLM. He was extremely proficient on numerous pieces of equipment and was often told that he was one of the best cat skinner in the business.

Bob was a great father and husband and was devoted to his family. He was always there to lend a hand or give money to someone in need. He will be greatly missed, but we all look forward to seeing him again on the other side of the veil.

We love you and will miss you, all our love!!!!

A graveside service will be held on Wednesday, December 29, 2021 at 1:00 pm at the Paul Cemetery. Condolences may be left at www.bowmanfuneral.com