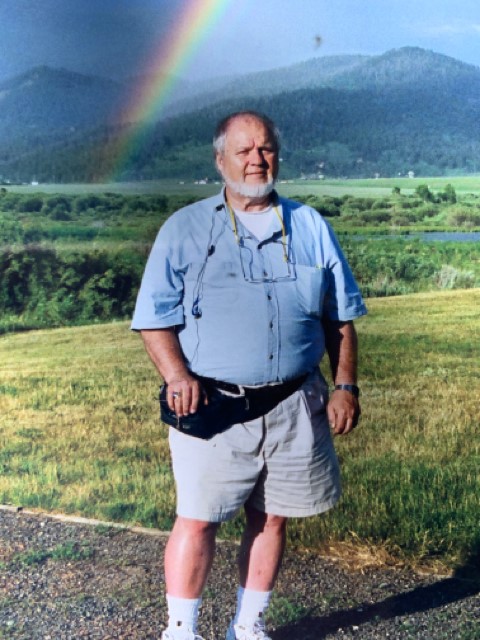 Robert Rex Sermon passed peacefully at home surrounded by his family and loved ones, after a battle with brain cancer, September 26, 2020.

Rex was born and raised in Idaho. Idaho was home and he knew the state’s mountains, valleys, best hunting, fishing and berry picking spots, like the back of his hand. He was a true outdoorsman. He loved spending time on Idaho lakes, reservoirs, and rivers enjoying his boat, gold panning, camping, exploring ghost towns, and studying the geology of Idaho. The winters were spent skiing and snowmobiling.

Growing up, he helped his uncle dry farm close to the banks of the Snake River near Swan Valley, Idaho. In junior high and high school, he played guitar and sang in his own band, entertaining many at Idaho Falls High School. He was a private pilot and enjoyed exploring Idaho from the air. He married his junior high sweetheart, Bonnie, moved to California. While there, he worked for Carroll Shelby and enjoyed driving along California’s beach towns in his Shelby Cobra.

After serving in Vietnam as a Navy Seabee, he graduated from San Diego State University with a Bachelor of Science in Information Systems and moved back to Idaho.  He founded DATAREX INC, and provided data processing and custom software for the wholesale distribution industry. During the 40+ years DATAREX INC was in business, he helped to establish the Idaho State Student Chapter, and served as International Director of Data Processing Management Association (DPMA).

In his retirement, he enjoyed traveling and visiting many of the National Parks with his best friend Marilyn. During their 15 years together, he was an important part of her family, and enjoyed grandfather and great-grandfather status.

Rex always put others first. He was generous, kind and patient. Always ready and willing to help others in any way that he could, he was there to patiently listen, teach someone new skills, or provide needed guidance. Rex had a way of getting along with just about anyone; his positive attitude and “go-with-the-flow” approach to life was admirable and contagious.  Rex taught his children, and others he was close to, to appreciate nature, family, honesty and the satisfaction of job done well.

We have all lost an exceptional person, who touched us deeply and gave us more love than we will ever know.

He is survived by his children and sister, too many friends to count, his companion Marilyn Yost and her extensive family who loved him very much. His father, mother, and brother preceded him in death.

The family would especially like to thank St. Luke’s Hospice, Deanna, Shelli, and Athena for the exceptional kindness and care they provided. In lieu of flowers, the family asks the donations be made to St. Luke’s Hospice through Everyday Angels,   https://stlukeshealthfdn.thankyou4caring.org/everydayangel, and/or the Ada County Democrats through https://secure.actblue.com/donate/adademocrats.

A celebration of life will be planned for a future date. The family suggests that Rex is best celebrated by being kind to one another, not letting the hard times grind you down, and by placing your VOTE…that’s what Rex would have wanted.

A celebration of life will be planned for a future date. The family suggests that Rex is best celebrated by being kind to one another, not letting the hard times grind you down, and by placing your VOTE…that’s what Rex would have wanted.