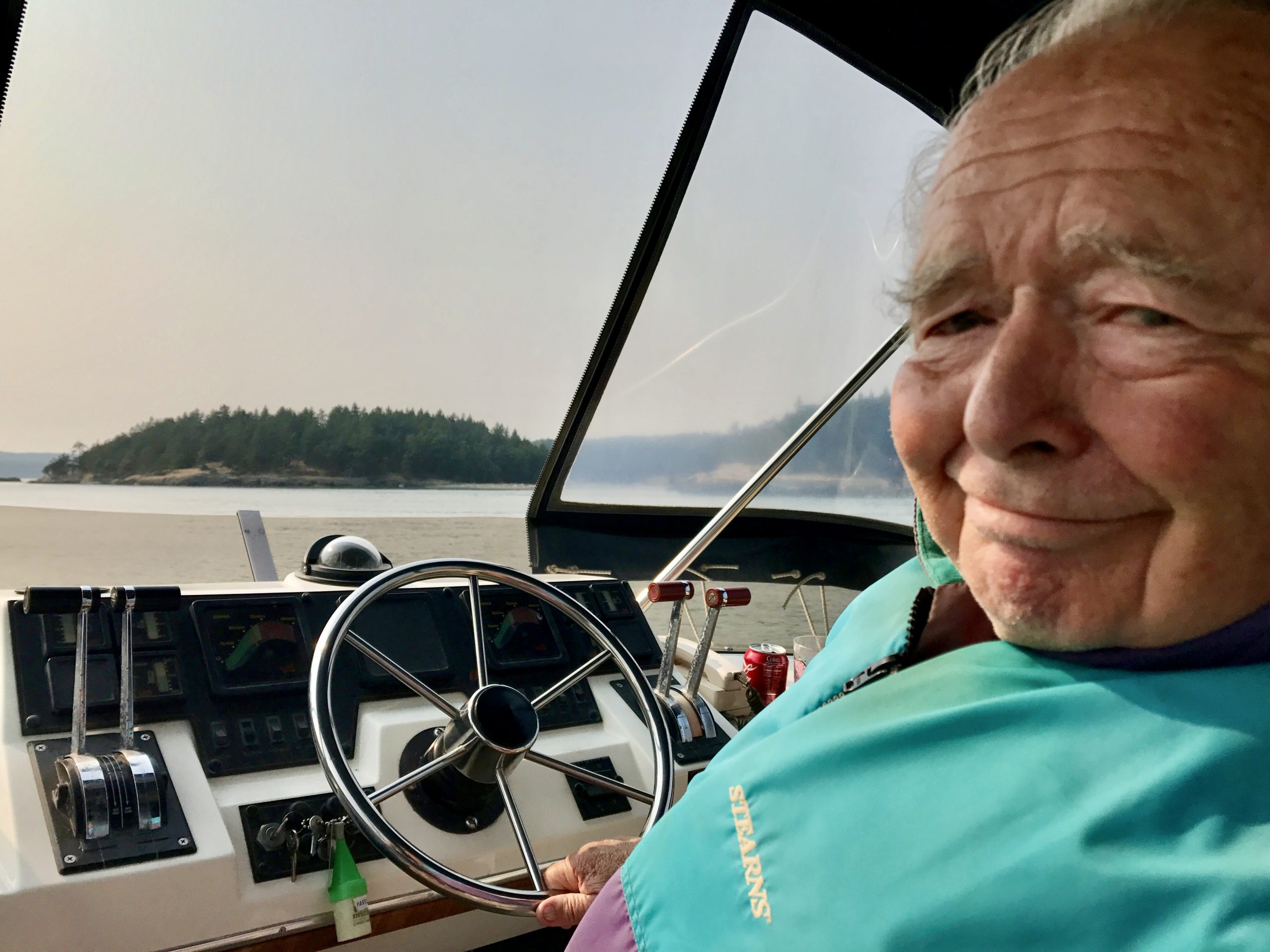 Bob was born in Boise on Dec. 28, 1934, to parents Marvin Harrison and Elizabeth “Betty” (Blair) Harrison. He graduated from Boise High School in 1953 and attended Boise Junior College and Yakima Junior College.

He met the love of his life, Gerri Givens of Nampa, in 1958 on a blind date at Quinn’s Lounge in Boise. They were engaged in February 1959 and married that year on Sept. 13. They recently celebrated their 62nd anniversary.

Bob was an exceptional builder and leader. His resume in the construction industry spanned nearly 70 years. He oversaw large manufacturing operations — always with an eye towards reducing workplace injuries — and was known as a troubleshooter who could turn unprofitable facilities around. He built exceptional custom homes later in his career.

When Boise Cascade sold its housing division in 1981, Bob was named senior vice president of construction for the new firm, The Boise Company, where he oversaw the construction of single-family homes, multi-family dwellings, motels, hotels, and condominium projects from the Dakotas to the West Coast and Alaska until 1987.

Prior to opening his own Boise-based custom homebuilding company, R. M. Harrison & Co. Inc. in 2001, Bob worked as vice president of construction and inspection at American Real Estate Group in Stockton and Irvine, Calif., from 1987-1991; as general manager of manufacturing operations at Evergreen Mobile Co. in Marysville, Wash., from 1991-1996; as general manager of Baumgart Construction in Boise from 1996-1997; and as chief operating officer of TJT Inc. in Emmett from 1998-2000.

Bob was also a lifelong boater. His family has old film footage of Bob piloting a small boat with his father at the lakefront cabin at Warm Lake his family built and owned until the mid-1950s. Bob said he probably wasn’t older than five or six at the time the film was shot.

He owned at least 10 boats over the course of his life. The first one he built with his own hands in 1955 when he was 21 years old.

He started exploring the Salish Sea in 1974 and figured he boated up north along Canada’s Sunshine Coast and up to Desolation Sound at least 10 times — including two excursions to Princess Louisa Inlet. Bob and his family navigated the Columbia River and its many locks several times, too, and he skippered a 38-ft. Bayliner from La Conner, Wash., to Newport, Ore.

Bob was a very active member of his community for many years.

He served in the Idaho Air National Guard from 1954-1960, building and operating radar systems.

He also served on the Boise City Planning & Zoning Commission from 1967-1973, and even held the posts of vice chairman and chairman.

Bob was active in St. Stephen’s Episcopal Church in Boise for more than five decades, too.

He will be dearly missed by everyone who knew him and was touched by his grace.

The family requests remembrances be made in the form of contributions to St. Stephen’s Episcopal Church, 2206 N. Cole Rd., Boise, ID 83704.